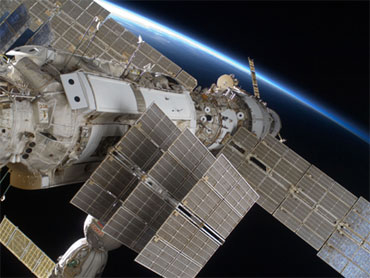 Ending months of silence about the dispute, Johnson was as unyielding as ever about the prospect of letting women into the club - the host of the Masters Tournament.

Asked if there was any chance there would be a female member by next year's Masters, Johnson replied flatly, "No."

"Our club has enjoyed a camaraderie and a closeness that's served us well for so long, that it makes it difficult for us to consider change," he said during an hour-long interview with The Associated Press last week. "A woman may be a member of this club one day, but that is out in the future."

The Masters was created in 1934 and has evolved into the most famous of golf's four major championships, the only one played on the same course every year.

But the Masters' legacy has been overshadowed somewhat in recent years by Augusta National's membership decisions. The club didn't allow a black member until 1990, and a woman has never been allowed in its 69-year history - although they can play the course without restrictions.

In June, Martha Burk, head of the National Council of Women's Organizations, sent Johnson a letter urging him to add women to its membership.

Johnson responded with a three-page statement that defended the club's right to privacy and criticized Burk for trying to coerce change.

He later dismissed the only TV sponsors of the Masters - Citigroup, Coca-Cola and IBM - after Burk challenged them to live up to their own policies against sex discrimination.

That will make next year's Masters, which already gets the highest ratings among golf tournaments, the first commercial-free sporting event on network television.

Despite the lack of sponsors, Johnson says the Masters will be played the second week of April, no matter what.

"We could go indefinitely," Johnson said. "But I don't think we'll have to. We'll have our sponsors back. I just believe that we're right on this issue, and that they'll be comfortable in sponsoring the Masters Tournament."

Johnson was adamant that Augusta National would not cave in to the demands of Burk or anyone else who dares to challenge the constitutional rights of a private club to associate with whomever it wants.

"This woman portrays us as being discriminatory and being bigots. And we're not," Johnson said. "We're a private club. And private organizations are good. The Boy Scouts. The Girl Scouts. Junior League. Sororities. Fraternities. Are these immoral? See, we are in good company as a single-gender organization."

Burk suggested that Johnson only broke his silence because he was starting to feel pressure.

"I had sincerely and genuinely hoped it could be settled, and I still hope so," she said Monday. "Hopefully, this is Hootie's last hurrah, and there still may be some pressure outside the club to make this change. That might be the case, or he wouldn't have called this interview to make points he has made in the past."

If some view this controversy as having the potential to mar the crown jewel of golf, Johnson certainly doesn't.

"The majority of Americans are with us on this issue," he said, leaning back in his leather chair. "I want you to know that."

Johnson gave the interview on Nov. 4 on the condition that it not be published until Tuesday.