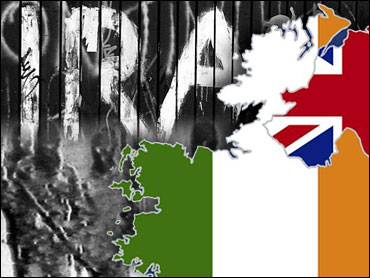 The "Troubles." That's what people in Northern Ireland always called the violence between Catholics and Protestants.

The Troubles got so bad that British troops were called in almost 40 years ago.

Over the years, more than 700 of them were killed. Hatred was a birthright, and neither side hesitated to express it. During the worst days, many of us wondered if the Troubles would ever come to an end. How could people who prayed to the same God hate each other so much?

Sound familiar? Sunnis, Shiites: Of course the civil war in Iraq, like northern Ireland, is less about God than it is about power; who has it, who had it, who wants it. The more lives that are lost, the more the hatred grows — and the cheaper life gets.

Finally, after a long while, the folks in Northern Ireland tired of the killing. Some of the hatred remains. But as of midnight last night, the British soldiers' mission is over. That is a sign of hope.