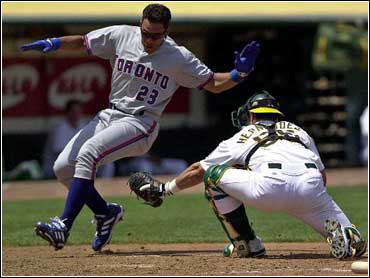 Eric Chavez snapped out of a batting slump in a big way.

Chavez had three hits and drove in four runs, including the game winner in the eighth inning, as the Oakland Athletics beat Toronto 5-4 on Wednesday, completing a three-game sweep of the Blue Jays.

"I wasn't feeling too good lately, so I was happy just making contact," said Chavez, who was 14-for-76 in his last 29 games before Wednesday. "I had struck out four times in a row before that home run."

Chavez, who had a three-run homer earlier, blooped a 1-1 pitch that fell at the feet of the charging Jose Cruz in center field to score Miguel Tejada, who had singled and was sacrificed to second by Jeremy Giambi. Mike Guthrie (1-2) took the loss in his Blue Jays debut.

"I thought when the ball was hit, we had a chance to catch it," said Toronto manager Jim Fregosi.

Tony Batista tied the game for Toronto in the eighth inning with his 32nd home run of the season, a two-run shot off Jim Mecir (8-2), who was making his third appearance since being acquired in a trade from Tampa Bay last Friday.

The homer tied Batista with teammate Carlos Delgado for the AL lead. It also broke the Blue Jays record for most home runs by a third baseman shared by Kelly Gruber (1990) and Ed Sprague (1996).

Jason Isringhause recorded the final three outs for his 24th save in 29 opportunities.

"I had a feeling (Chavez) was going to come through again and he did in a big way," said A's manager Art Howe. "He's been struggling lately, but he swung the bat well today."

Oakland starter Mark Mulder allowed two runs on eight hits with a walk and two strikeouts. He has just one win since June 25, a span of seven starts.

Toronto starter Chris Carpenter continued to struggle. He failed to pitch past the fourth inning for the third consecutive start and is 0-3 with an 11.39 ERA in his last five appearances. Carpenter lasted 3 1-3 innings, allowing four runs on eight hits with two walks and three strikeouts. His last victory came on July 6 in Cleveland.

"I felt I threw the ball better than I have in the past and that's something to build on, but I'm still making mistakes," Carpenter said. "They had a couple of bloop hits and then I hung a changeup to Chavez. This hasn't been our time. Things haven't worked out for us lately."

Alex Gonzalez gave Toronto a 1-0 lead in the first with his eighth homer of the year. He hit the first pitch he saw from Mulder into the left field bleachers.

Ben Grieve singled home Ramon Hernandez with the tying run in the third.

Tejada and Giambi opened the fourth with singles ahead of Chavez, who hit his 15th home run of the season on the first pitch from Carpenter. The ball bounced off the facade of the second deck in right field.

"He made a mistake. He laid a ball right in there and I was pretty surprised," said Chavez. "At that point, I was just looking to make contact."

Delgado drove in his 94th run of the season, third best in the AL, with a double in the fifth. Jose Cruz was thrown out at the plate by Terrence Long on the play to end the inning. 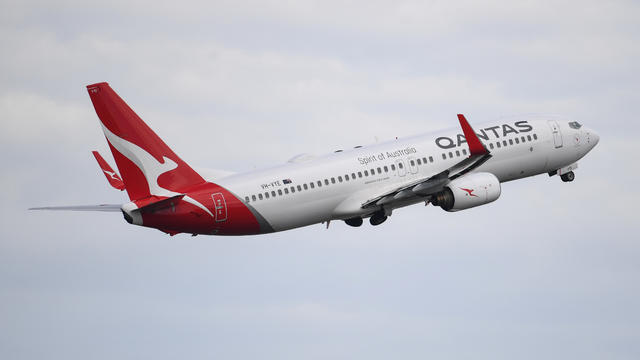