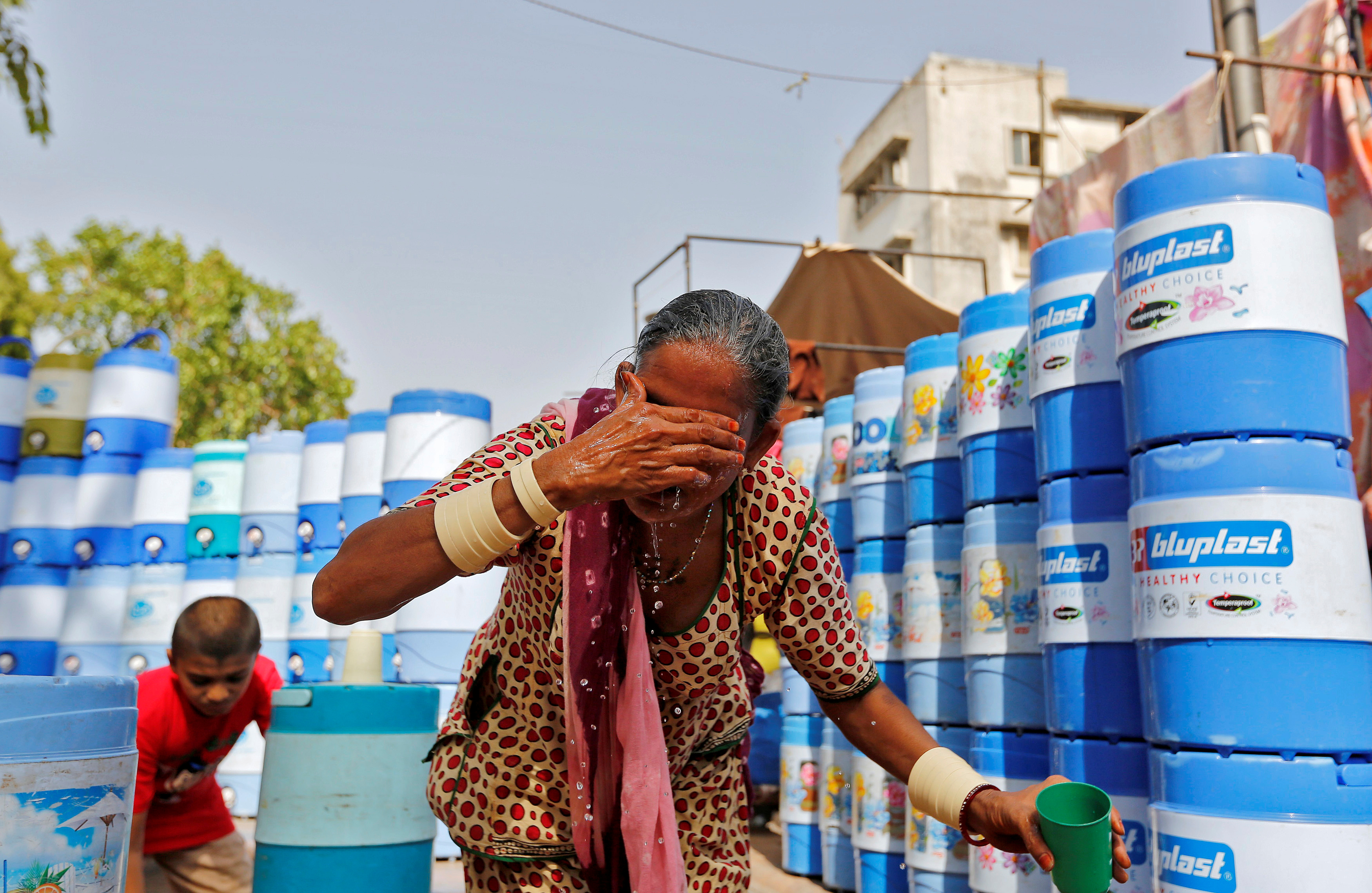 The record was set Thursday in the city of Phalodi, in the western state of Rajasthan. India's meteorological department said the previous high was 50.6 C (123 F), reached in 1956 in the city of Alwar, also in Rajasthan.

Authorities have issued a severe heat wave alert for the next two days in the western states of Gujarat, Rajasthan and parts of the central state of Madhya Pradesh. That means the areas can expect temperatures of 47 C (116.6 F) or more.

The main summer months - April, May and June - are always excruciatingly hot across most parts of India before monsoon rains bring cooler temperatures.

The monsoon normally hits southern India in the first week of June and covers the rest of the nation within a month. It is especially eagerly awaited this year because several parts of the country are reeling under a drought brought on by two years of weak rains.

Clare Nullis, a spokeswoman for the World Meteorological Organization, told reporters in Geneva on Friday during a briefing on record global temperatures that meteorologists expect this year's Indian monsoon will bring more rain than normal, which would be good news for the drought-stricken regions.

"Obviously the monsoon hasn't yet started. The intervening weeks will be quite serious. But I understand the Indian government is actually taking quite serious measures to address this," she said.

In Rajasthan and Gujarat, authorities issued advisories urging people to remain indoors during the hottest parts of the day and stay hydrated.

Hospitals were asked to set aside beds to treat patients suffering from heatstroke.

Many people believe that certain foods help prevent heatstroke, and stalls selling a salty-sweet drink made of raw mangoes and ones selling sliced watermelon and cucumbers have been doing a brisk business.

The prolonged heat wave this year has already killed hundreds and destroyed crops in more than 13 states, impacting hundreds of millions of Indians.

Hundreds of farmers are reported to have killed themselves across the country and tens of thousands of small farmers have been forced to abandon their farmland and live in squalor in urban slums in order to eke out a living.

Rivers, lakes and dams have dried up in many parts of the western states of Rajasthan, Maharashtra and Gujarat, and officials say groundwater reservoirs are severely depleted.

In some areas, the situation is so bad the government has sent in water by train for emergency relief.