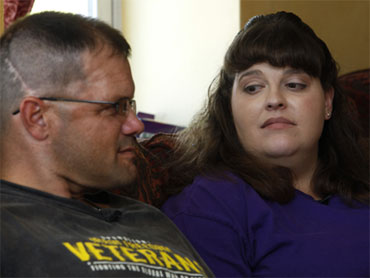 Family members of severely wounded Iraq and Afghanistan veterans who forgo jobs and health insurance to provide care for an injured loved one would get relief under a bill unanimously passed by the House on Wednesday.

The estimated $1.7 billion in caregiver benefits over a five-year period was part of comprehensive veterans legislation that would open the door wider for the Veterans Affairs Department to offer assistance to veterans' family members.

It instructs the VA to create a childcare pilot program; offer post-delivery care to female veterans' newborns; and work with the Pentagon on a study on veterans suicide. It also includes expanded funding for programs assisting homeless veterans and those in rural areas. The total price tag over five years is estimated at $3.7 billion.

House Veterans Affairs' Chairman Bob Filner, D-Calif., said the bill represents an understanding that the sacrifices of veterans are "shared among us all as Americans."

Under it, caregivers of the estimated 2,000 severely wounded veterans from the recent conflicts would be eligible for training, a monthly stipend and health care.

Assistance for caregivers was widely supported by veterans service organizations concerned that veterans were going to institutions because family members couldn't afford to take care of them.

One spouse who would benefit is Michelle Briggs, 35, of Hillsboro, Iowa, who cares for her husband, Robert Briggs, a former member of the Iowa National Guard. He has a brain injury, blindness in one eye and paralysis on one side from a 2005 rocket grenade attack in Iraq.

She was on Capitol Hill last summer with other caregivers as part of a trip organized by the nonprofit Wounded Warrior Project to gather support for the measure.

"Not just us, it will help so many parents of the injured soldiers get the benefits that they are entitled to," Briggs said Wednesday in a phone interview. "Really, they deserve it because they are the caregivers of the injured."

Under the bill, caregivers of veterans from other eras would be eligible for more limited benefits. But the VA secretary would be required under the law to report on the possibility of expanding benefits to them within two years.

The House and Senate had earlier passed separate versions of the bill. The bill passed Wednesday was the result of a compromise between the two chambers. It now goes back to the Senate.