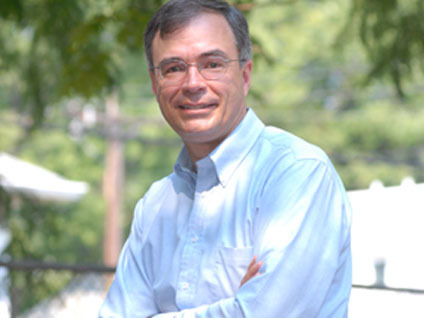 A conservative Maryland doctor who was elected to Congress this month after running against President Obama's health care overhaul raised some eyebrows on Capitol Hill Monday by inquiring about the status of his own government-provided health care, Politico reports.

Republican Andy Harris of Maryland's first congressional district was surprised to learn during yesterday's freshman orientation that he would not receive his government-subsidized health care coverage until Feb. 1, a month after he is sworn into office.

"He stood up and asked the two ladies who were answering questions why it had to take so long, what he would do without 28 days of health care," a congressional staffer told Politico.

According to Harris' spokesperson Anna Nix, Harris was pointing out the inefficiency of government-run health care. Nix said Harris said that "This is the only employer I've ever worked for where you don't get coverage the first day you are employed."

In fact, 74 percent of workers with employer-sponsored health benefits are subject to a waiting period before getting coverage, including 31 percent of whom face a waiting period of 3 months or more, according to a 2010 survey of of employer-sponsored health benefits, conducted by the Kaiser Family Foundation and the Health Research & Educational Trust.

Harris, who during the election won the endorsement of the anti-"Obamacare" 60 Plus Association, is part of a freshman class of Republicans ushered into office after campaigning hard against the Democrats' health care reforms.

Republicans in both the House and the Senate are now plotting ways to roll back the extensive reforms.