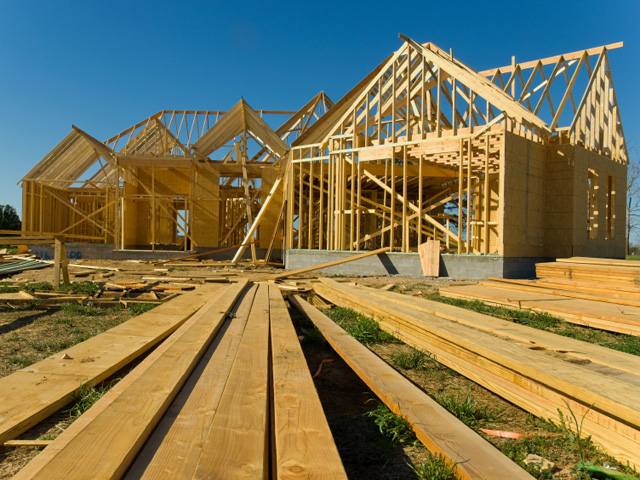 The Commerce Department says construction of homes and apartments rose 2.3 percent to a seasonally adjusted annual rate of 750,000 last month.

The rate of construction and level of permits remain about half the pace considered healthy. But the steady gains suggest the housing recovery could endure.

Confidence among builders rose in September to the highest level in more than six years, according to a survey released Tuesday by the National Association of Home Builders/Wells Fargo. And builders are more confident that sales will improve over the next six months, the survey noted.

Sales of both new and previously occupied homes are running ahead of last year. Home prices are increasing more consistently, in part because the supply of homes has shrunk and foreclosures have eased. And mortgage rates remain near record lows, a strong enticement for potential buyers with good credit.

The economy will likely benefit if home prices continue to rise. When that happens, Americans typically feel wealthier and boost consumer spending, which drives 70 percent of growth.

Even with the gains, the housing market remains weak. Many would-be buyers are having difficulty qualifying for loans or can't afford the larger down payments being required by banks.

Though new homes represent less than 20 percent of the housing sales market, they have an outsize impact on the economy. Each home built creates an average of three jobs for a year and generates about $90,000 in tax revenue, according to the NAHB's data.

Fed Chairman Ben Bernanke said the bank would purchase $40 billion of mortgage-backed securities each month until the job market improves "substantially." That could push down longer-term interest rates and spur more borrowing and spending.

The Fed also hopes that lower mortgage rates will accelerate the housing market recovery and boost home prices. That, in turn, could make people feel wealthier and more willing to spend, which would bolster economic growth.