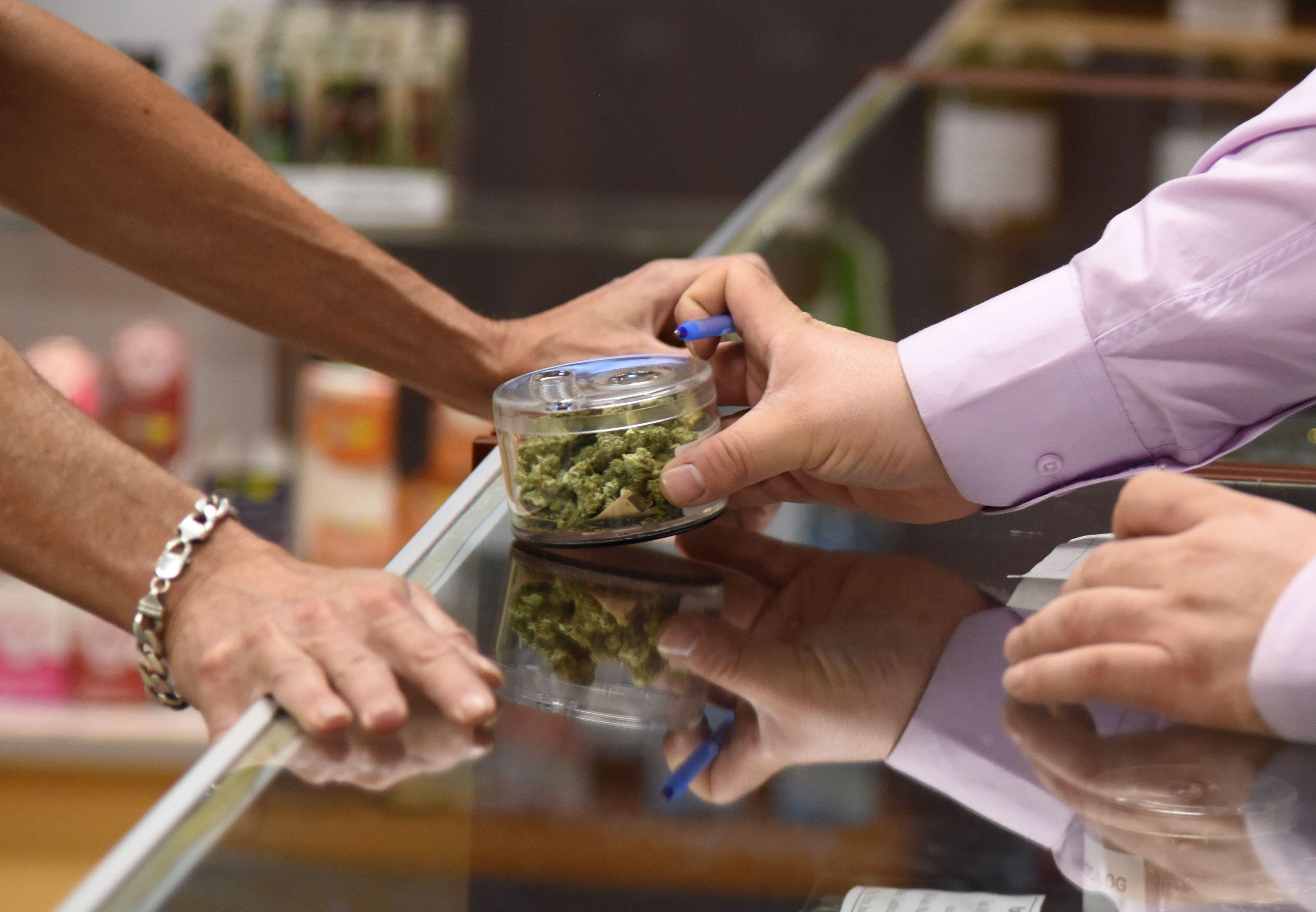 With nationwide marijuana legalization in Canada on the horizon, the industry is shaping up differently there than in the nine U.S. states that have similarly broad legalization. Age limits, government involvement in distribution and sales, and access to banking are some big discrepancies.

And, yes, Canadians will be able to order cannabis online and have it delivered through the mail -- something that's illegal in the U.S.

Prime Minister Justin Trudeau announced Wednesday that marijuana will be legal in Canada on Oct. 17. In the meantime, its provinces and cities are working out issues concerning regulations.

Here's what to expect:

It's up to the provinces and territories to determine how to handle distribution, and they're taking a variety of approaches.

Ontario plans to open up to 150 stores run by its Liquor Control Board -- a model of public ownership that's unusual in the U.S. No state owns marijuana retail outlets, though the tiny Washington state town of North Bonneville has one city-owned pot shop.

British Columbia is planning for a mix of public and privately owned stores, while Newfoundland and Saskatchewan will have only private pot shops. In some remote areas where stand-alone marijuana stores might not be economically feasible, including in the Northwest Territories, cannabis could be sold at existing liquor stores.

Just like U.S. states, the provinces also differ on home-growing, with many allowing up to four plants and others, including Quebec, barring it.

And rather than a minimum age of 21, as U.S. states have set to match the age for alcohol consumption, Canada's federal minimum age to use marijuana will be 18. However, most provinces are opting for 19, which also is the drinking age in most places.

The varying approaches make the provinces something of a laboratory for other countries to determine the best ways to legalize, said Matt Gray, founder and chief executive of Herb, a Toronto-based news and social media platform for the pot industry.

Whether run by the government or private entities, the stores in Canada will obtain their marijuana from federally licensed growers. The government also will set a minimum price.

Canada's finance ministers have pegged it at about $10 per gram, but the Yukon minister in charge of marijuana says the government there hopes to displace more of the illegal market by setting the base price at $8.

The federal government wants to tax legal marijuana at either $1 per gram or one-tenth of a product's price, whichever is greater, plus federal and provincial sales taxes. It's likely to be less than the taxes imposed in the U.S. states.

Washington state's marijuana tax rate is 37 percent, plus state and local sales taxes. In California, licensed pot businesses are blaming total tax rates that can approach 50 percent for driving people back into the black market.

The Canadian government agreed to give provinces and territories 75 percent of the tax revenue.

Canada's cannabis businesses have a massive advantage over their American counterparts: access to banks.

Because the drug is still illegal under U.S. law, major banks have been loath to do business with the industry, even in legal marijuana states.

U.S. Treasury Department data show a slow increase in the number of banks and credit unions maintaining accounts for marijuana businesses, with 411 reporting such accounts last spring. But many of those institutions don't provide full-service banking, making it tough for businesses to get loans.

"The major Canadian banks were slow to warm to this," said Chris Barry, a Seattle-based marijuana business attorney who handles industry transactions in both countries for the law firm Dorsey and Whitney. He said smaller independent banks, investment banks and brokerage firms got the work started.

"That has pretty much dissolved as a problem," Barry said. "The majors are coming around to participate in the market."

Some Canadian consumers are disappointed that pot stores will stock only dried flower, oils and seeds when sales begin -- no edibles. The government has said it needs about another year to develop regulations for edibles.

Labeling is also an issue: Health Canada has dictated large warning labels on otherwise plain packages, with strict restrictions on font sizes, styles and colors. The idea is to discourage misuse and to avoid appealing to minors, but it also leaves little room for company logos or branding.

"It looks like each bag is housing radioactive waste," said Chris Clay, owner of Warmland Cannabis Centre, a medical marijuana dispensary on Vancouver Island. "It's a tiny logo with this huge warning label. It doesn't leave much room for craft growers that want to differentiate themselves."

And that, Clay said, is one of many things that will make it difficult for mom-and-pop growers to thrive. Giant cannabis companies have been entering deals to supply marijuana to the provinces.

While micro-producers are allowed, Clay is worried that by the time rules are released, "all the contracts are going to be scooped up."

While getting marijuana by mail may be a novel concept in the U.S., it's nothing new in Canada. Its postal service, Canada Post, has been shipping medical marijuana to authorized patients since 2013.

"Many of our processes are in place today for medicinal cannabis and will continue for any regulated product sent through Canada Post from licensed distributors," the agency said in a written statement.

Canada Post requires proof of age upon delivery and won't leave the package unless someone is there to receive it.