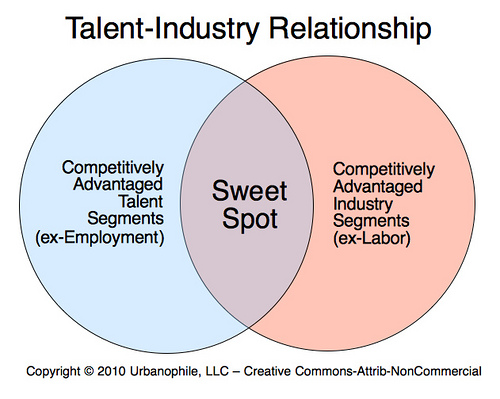 (MoneyWatch) One lament that commonly echoes through the corridors of senior management is not having the right people in the right places to do the job.

Results of the PricewaterhouseCoopers' annual Global CEO survey confirm that this concern is more than anecdotal.

Of the chief executives who cited "talent constraint" issues:

Worse, 50 percent of CEOs said "recruiting and retaining high potential middle managers" was their chief "talent" challenge. While this is worrying news for those at the top of their organizations, it should come as good news to those with jobs, as well as those looking to make a career move.

The war for talent has moved from the back-burner to the front. As a result, those who recruit must up their game if they expect to hang on to their good people. The PwC survey highlights a 2010 finding by a consulting firm, the Corporate Executive Board, that "employees who were most committed to their organizations gave 57 percent more effort and were 87 percent less likely to resign than employees who consider themselves disengaged."

So if you are a senior leader, how do you hang onto your people? The easy answer is that you commit to it. More than half of the CEOs surveyed by PwC said their top HR person was a direct report. That's a good first step, but it's not enough. Former General Electric (GE) CEO Jack Welch famously told Fortune magazine that his second-most important priority as chief executive was "evaluating people, second only to "allocating capital."

Commitment is required to retaining good people, and while oceans of research has been conducted in the area of talent management, I would like to offer a few suggestions that I have seen work well.

This is only for starters. Many companies are already doing these things, and more. That is good because the clock is ticking. More and more baby boomers are checking out of the workplace (although later than expected due to the recession), taking valuable experience with them. Now is the time to capitalize on identifying, promoting, and developing capable managers.

Diversity is the order of the day. As this PwC survey notes, many CEOs want to have national running operations in their home countries. Those who do well get promoted to global roles, creating a perpetual need to identify and groom replacements.

Talented managers will always have options when it comes to job selection. That is good news for them, but should serve as a stimulus to senior executives to pull out the stops when it comes to developing the next generation of leaders. Time is of the essence.