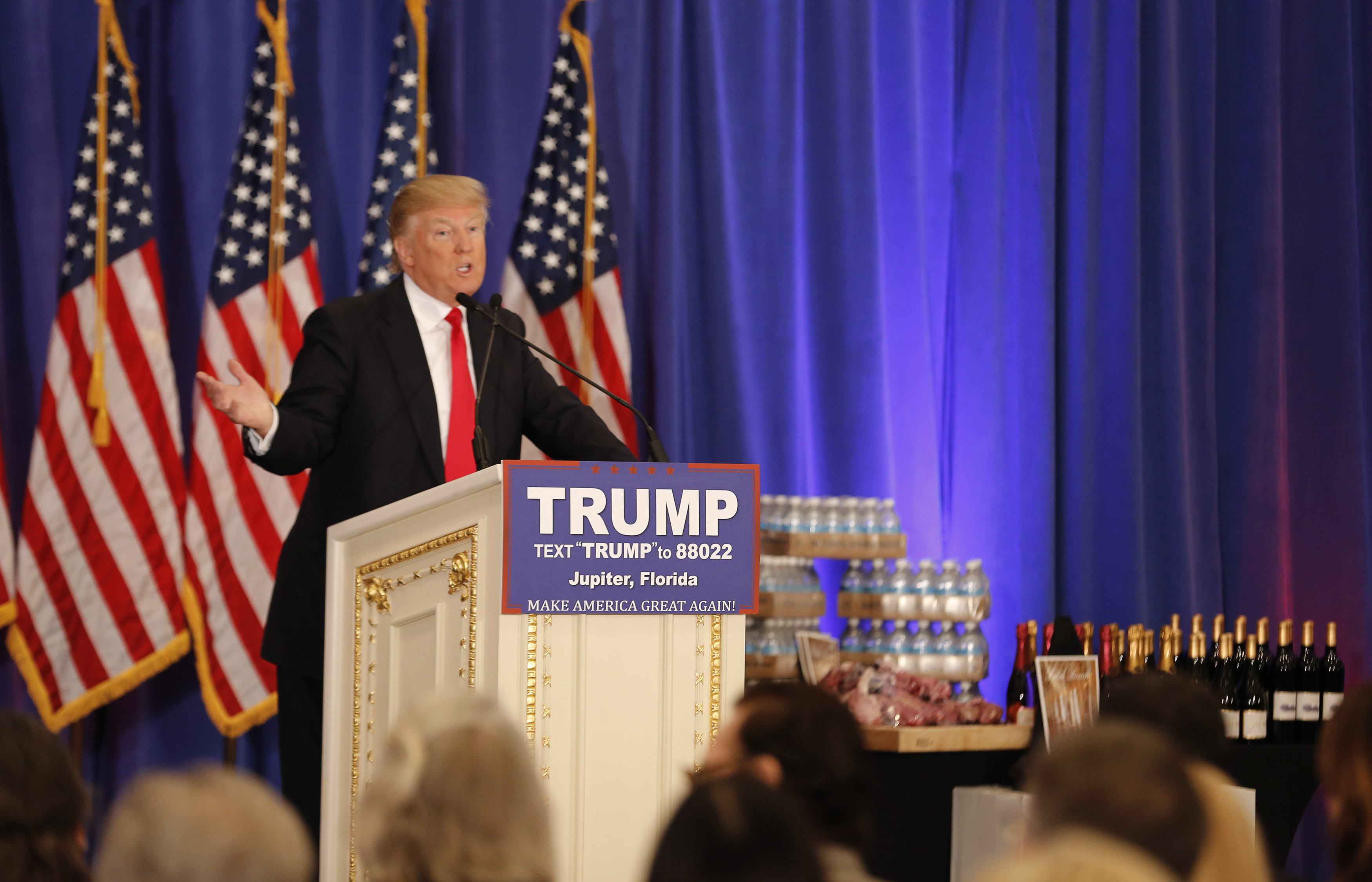 Donald Trump continued his march toward the Republican presidential nomination with wins in the Michigan and Mississippi primaries Tuesday. Continuing his strong showings in the South, Trump ran well ahead of Ted Cruz in Mississippi, where Cruz was his only real competition.

Which groups did Trump win?

In both states, Trump picks up his strongest support among Republican voters who are angry at the way the federal government working; who are most anxious about the future of the economy; who want to deport illegal immigrants who are working in the U.S.; who support a temporary ban on non-U.S. citizen Muslims entering the country; and who believe that international trade is leading to the loss of American jobs.

Warning signs ahead for Trump

Trump came out ahead in a closer three-way race in Michigan where John Kasich is turning in a strong showing. Although Trump won the Michigan primary, there are a few warning signs for him in the exit poll data. Trump ran strongly among men with 43 percent of their vote. He got only 28 percent of women's votes, however, with similar shares going to Cruz and Kasich. As has been seen in previous Republican contests this year, Trump is very popular among those without a college degree, but he got only 27 percent of the votes of those who completed college.

Almost 4 out of ten voters in the Michigan Republican primary said that they had made up their minds in the past week. Donald Trump won only 18 percent of their votes. Twenty-five percent went to Ted Cruz and 43 percent to John Kasich. While Trump has generally fallen behind among the late deciders, he did particularly poorly among this group in Michigan. Kasich will undoubtedly read this as a promising sign for his chances as the primaries move out of the South.

If Trump had only one GOP opponent, how would he do?

One question that has loomed over the Republican race is how well Trump would do if he only had a single opponent. The exit polls in Mississippi and Michigan asked people how they would have voted if they only had a choice between Trump and Cruz or Trump and Rubio. The result in Mississippi would have been largely the same. In a Trump v. Cruz contest, Trump would have come out on top 52 percent to 41 percent. Trump v. Rubio would have been an overwhelming win for Trump.

But the results in Michigan are not such a good omen for Trump. In a one-on-one contest, voters said they would have gone for Cruz over Trump by 44 percent to 39 percent. And even though Marco Rubio ran a distant fourth in Michigan, the exit poll suggests that he would have run about even with Trump if they were they only two candidates on the ballot. This suggests that Trump may have a ceiling on his support that could be a problem for him if all but one of his challengers were to drop out. However, the strong Michigan showing for Kasich makes it likely that he and Cruz will continue to compete for the foreseeable future, potentially splitting the anti-Trump vote.

And while Kasich will be encouraged by his vote total in Michigan there are warning signs for him in the exit poll. Thirty-seven percent of those who voted for him said they did so largely because they dislike the other candidates. Only 41 percent said they strongly favor him. Cruz does only slightly better; 44 percent of his supporters said he was their strong favorite. In contrast, two-thirds of Trump voters said they strongly favored him. Many Republican voters may not want Donald Trump to be the nominee but they are not excited about the alternatives.

Some good news and not-so-good news for Hillary Clinton

Hillary Clinton continued her impressive wins in Southern states with an overwhelming victory over Bernie Sanders in Mississippi. Sixty-four percent of the voters in the Mississippi primary were African-Americans and Clinton won their votes by a 9 to 1 margin. She also beat Sanders among whites, 65 percent to 34 percent, her best showing yet among white, Democratic voters.

Sanders ran somewhat better among younger people but Clinton beat him among those under 45 (69 percent to 31 percent) and did extremely well among those over 45 (89 percent Clinton vs. 10 percent Sanders). Clinton even ran well among Mississippi Democrats who called themselves "very liberal" (76 percent for Clinton vs. 24 percent for Sanders), a group that Sanders has done extremely well with elsewhere.

In addition to his weakness among African-American voters in Mississippi, Sanders also was seen by many voters to be out-of-step ideologically. Many thought he was too liberal and too anti-business although, somewhat surprisingly, others thought he was not liberal enough.

Most tellingly, 47 percent of voters in the exit poll said that his policy positions were not realistic, and only 41 percent said that they trusted him to handle the economy. Sanders simply did not convince many Mississippi voters that he is the person who should be the Democratic nominee for president this fall.

Her extremely wide victory margin in Mississippi means that, even if Sanders comes out with somewhat more delegates in Michigan, Clinton will increase her delegate lead over Sanders with a very large majority of the Mississippi delegates.

What Sanders' win in Michigan says

The results in Michigan could not have been more different and Sanders' win there must be a huge disappointment for Clinton. As he has done before, Sanders won the white vote by a 57 percent to 42 percent margin. He did particularly well among white men, beating Clinton 63 percent to 36 percent. And while Clinton again won the African-American vote, this time Sanders got a 30 percent share. He received 35 percent of all non-whites voters. After crushing losses among blacks in Southern states, these results in Michigan must give Sanders hope that he can continue to be more competitive as the primaries move out of the South. It will be interesting to see if Sanders can cut into Clinton's share of the black vote in non-Southern states.

The exit poll data in Michigan also exposed some of Clinton's weaknesses that Sanders is taking advantage of. 58 percent of Democratic voters said that international trade leads to the loss of U.S. jobs. Sanders beat Clinton among these voters by 56 percent to 43 percent.

Three in 10 voters wanted the next president to bring in more liberal policies than Barack Obama; Sanders won three-quarters of that group. A third of voters said that Clinton was too pro-business and Sander captured 84 percent of their votes. In contrast to Mississippi, Michigan Democratic voters were only slightly more likely to say that Sanders' policies were unrealistic than are Clinton's.

Almost 3 in 10 voters in the Michigan primary were independents. Sanders won 70 percent of their votes. That was more than enough to offset Clinton's margin among Democratic identifiers.

And, looking ahead, the exit poll suggests that if Clinton does win the Democratic nomination she has some work to do to gain the confidence of Sanders' supporters. In Michigan, 63 percent of Sanders voters said that they would be dissatisfied if Clinton is the Democratic nominee. Only 46 percent of Clinton voters said they would be dissatisfied if Sanders won the nomination.