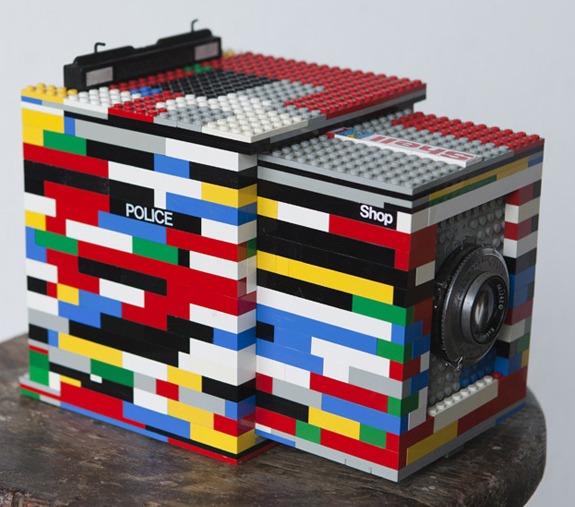 BILLUND, Denmark--Though it's hard to imagine a time without Lego, the world-famous plastic bricks didn't exist until 1949. And today's brick, with its three little tubes that ensure a snug fit with other bricks, didn't come on the scene until 1957.

But the Lego company has been around much longer than that. It may be something most people have never even heard about; Ole Kirk Kristiansen's little outfit began in this small Danish town as a one-man operation turning out wooden toys. Being a world-famous brand was surely not on Kristiansen's mind at the time.

Nearly eight decades of Lego history is on display for those lucky enough to get to visit to what is essentially the company's official museum (see photo gallery below), housed in the company's original building in Billund. And while Lego twice lost its factory to fire--the second time forcing its leaders to abandon making wooden toys--it's still possible to get a sense of what the company was about in its earliest days.

I got a chance to visit these archives--Lego doesn't call it a museum--on Road Trip 2011, just before I checked out (see photo gallery below). Interestingly, the history is presented in reverse-chronological order, so the first thing you see when you enter is the latest and greatest.

One of the best parts of this is the "Star Wars" room, a full chamber dedicated to the partnership between Lego and George Lucas and his famous brand. There's a giant Millennium Falcon, a whole bunch of "Star Wars" minifigures, and even a Death Star that dominates the room.

But what really makes the archive special is the collection of the earliest pieces that Lego did: decades of wooden toys like buses, cars, tractors, and more, as well as a look at the earliest of the plastic bricks. From the top you recognize them easily, what with their eight little colored circles in two columns of four. But from the bottom, you can't tell what they are. They're hollow.

Gallery: How Lego makes its bricks

For years after the original hollow bricks came out, Lego tried to find a way to get them to stick together better. While the bricks did OK if they were stacked directly on top of each other, they weren't all that stable, and you couldn't have them stacked in any unusual ways. In 1957, the company finally figured out that with the three little tubes on the inside, the bricks would lock together perfectly, and could be stacked in a million different ways. Actually, my host told me, it's a lot more. If you have six 2x4 Lego bricks of the same color, they can be stacked 915,103,765 different ways. We didn't have time to try them all.