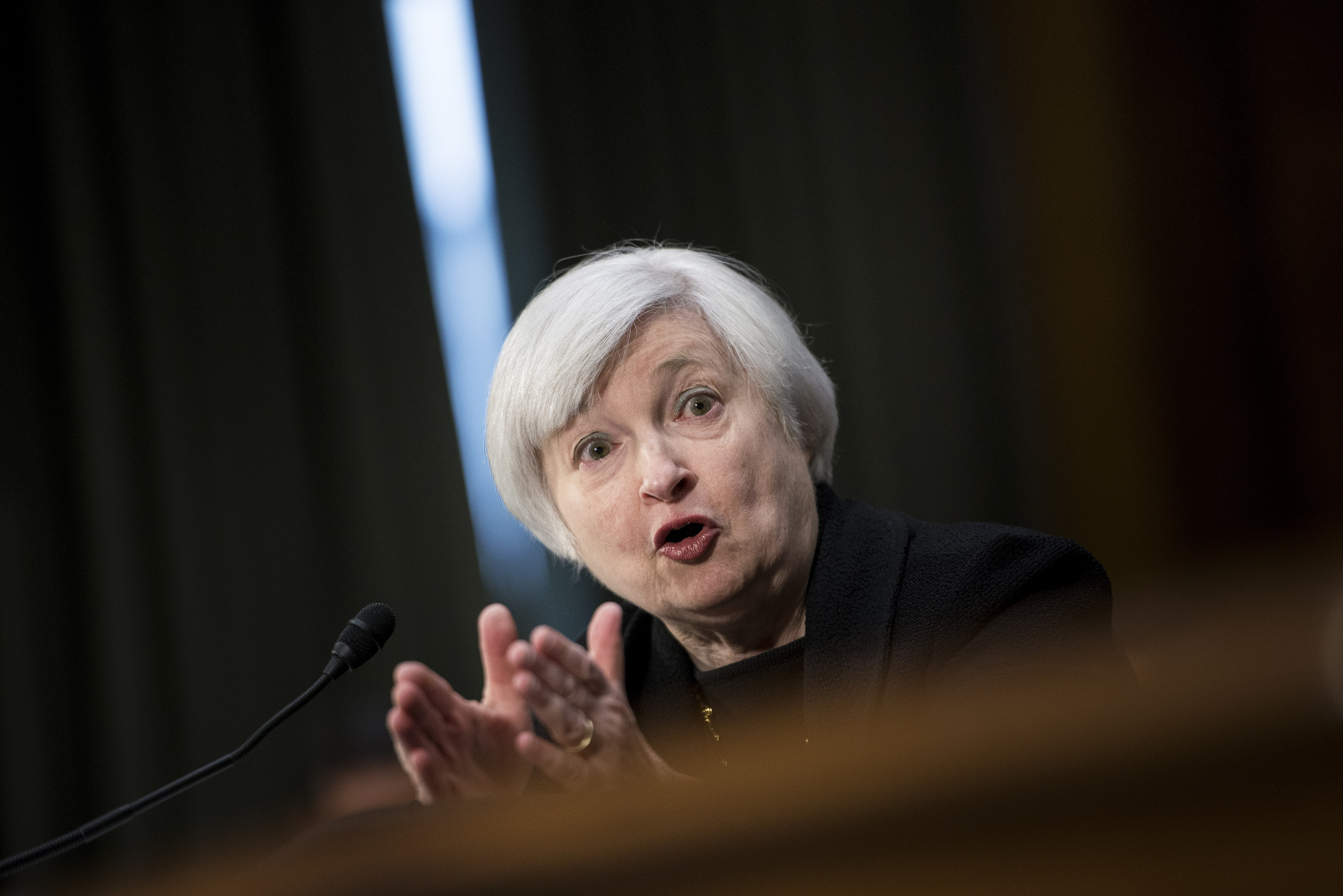 With Janet Yellen taking over as head of the Federal Reserve earlier this week, a natural question to ask is how much power the Fed chair has over monetary policy decisions.

Monetary policy is set by the Federal Open Market Committee (FOMC), which has 19 members, including the seven members of the Fed's Board of Governors in Washington, D.C., and the 12 regional bank presidents. But not all of the members vote on policy decisions. The seven members of the Board of Governors always have a vote, and the representative from the New York Fed is also a permanent voting member, but only four of the remaining 11 regional Fed presidents vote in a given year (the voting positions rotate annually among the 11 regional Feds, see here for a schedule of the rotation through 2017).

The chair has only one of the 12 FOMC votes that determine the course of monetary policy, but the chair's influence is far greater than this. First, she sets the agenda at meetings and decides who can speak. Generally, the procedure is to go around the table and let each of the 19 FOMC members present their case for how monetary policy should be set, but the chair controls the ensuing discussion.

In the Alan Greenspan era, the chair spoke first so that everyone knew where he stood -- and the others also knew he did not like to be disagreed with. But Ben Bernanke didn't speak until everyone else had their say, and he was more accepting of dissenting views. Once the discussion ends, the chair also drafts the proposal the FOMC members vote on -- it’s an up or down vote -- and that gives him or her quite a bit of power to shape the outcome.

An equally important power is the chair's ability to influence public expectations. If the chair indicates in a speech or in testimony before Congress that, say, rates are likely to increase, the public will build this into their expectations. Since FOMC members are reluctant to deviate from expected policy, this helps push the outcome in the direction the chair prefers. Greenspan used this power very effectively, but Bernanke did not use this strategy to the same degree. He made it clear that one of his goals was to promote more open discussion of Fed policy in public than Greenspan preferred, and I fully expect the Yellen Fed to be much more like Bernanke's than Greenspan's in this regard.

A very nice discussion of how FOMC meetings are conducted, the role of the chair and how meetings have changed under various Fed leaders is "Come With Me to the FOMC" by former Fed Governor Elizabeth Duke. As this and other accounts make clear, the chair's power is not absolute, and when all is said and done she must put forth a proposal for monetary policy that the majority of the voting members will endorse.

Nevertheless, despite Bernanke's attempts to make the Fed more democratic and transparent, the chair retains considerable influence over monetary policy outcomes. It will be interesting to see how aggressively Yellen will use the powers at her disposal.