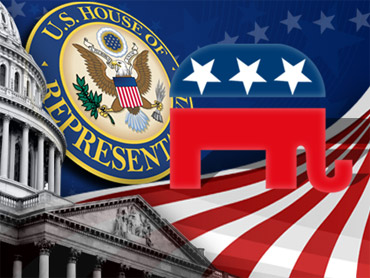 The Republican gambit seems to have paid off.

For 18 months they were lockstep in opposition to President Obama's policies. That energized their base -- the some 46 percent of the country who voted for Sen. John McCain -- and convinced the independent swing voters who went for Mr. Obama that it's worth questioning what the president was pushing.

By opposing everything, they made the Democrats fight among themselves for cap-and-trade energy legislation and health care reform, drawn out battles that soured the mood of the country.

Their opposition also struck the heart of the Obama administration's plans for hope, change and optimism. By opposing everything, the Republicans created a divisiveness that permeated the American psyche and caused more negative feelings about the state of the economy and the future of the country.

Obama needed help for the vision of a post-partisan America where pragmatism beats partisanship, but no such help was given. The Republican Party sat on the side as the Democrats fought themselves to pass the major legislation they promised, a process that left many Americans disillusioned with the very process.

As they take control of the House back, their strategy has paid off. But it could quickly become a case of "be careful what you wish for." Just as the Democrats have struggled with the onus of governing in a deep economic recession, the Republican takeover does not come at a time of hope and glory. Most Americans distrust government and disapprove of Congress in greater numbers than they disapprove of Mr. Obama.

Exit polls show that 88 percent of Americans who voted think the economy is in bad shape and 86 percent are worried about the direction the economy takes next year.

The newly elected Republicans will have to take ownership of turning around the economy. If they don't deliver what the American people really want -- results -- they could very much find themselves on the losing side in 2012.