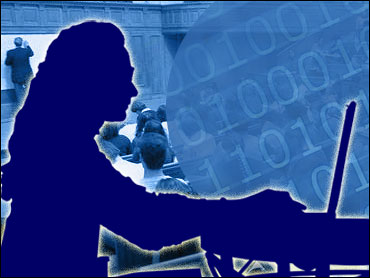 This column was written by Garance Franke-Ruta.

This week's dispute between Jon Chait and innumerable bloggers about his Los Angeles Times column on Joe Lieberman and Ned Lamont is just one in a growing number of conflicts between members of the mainstream media and the liberal blogosphere over their characterization of the new Internet Powers That Be. There have now been enough of these blog wars that it's possible to draw some conclusions about their dynamics, as well as how they have tended to get started and who they have tended to involve.

Generally speaking, the MSM journalists most likely to get caught up in blog wars are, like Chait and Joe Klein, reporters who cover the left and Democratic politics with enough attitude and familiarity to place themselves in the position of being a member of the left or center-left while remaining, in tone and manner, somehow apart from the world that they cover. (Right-wing pundits under attack by left-leaning bloggers, meanwhile, experience blogswarms, not blog wars.)

Part of what's at issue is a classic journalistic position: People who become reporters in general hate to play on anyone's team. And to the extent that reporters who become pundits take that one-step removed attitude with them into their punditry, they generally see it as a badge of intellectual honesty. Being a reporter has always been about being in the world but not of it. But the schmoozy familiarity required to develop good sources over time often places reporters smack in the middle of the social milieus they cover in a way that elides those distinctions, and when reporters become pundits or write commentary and take sides, they're also deeply embedding themselves in and speaking on behalf of communities that they nonetheless resist seeing themselves as members of or advocates for. That has always been a somewhat awkward position.

Most political bloggers on the left see their role as defenders of an intellectual and philosophical community under siege. Many of them are also Democratic Party activists in one way or another, or are in the process of becoming such. They are part of a team, and they (correctly) see themselves as reinforcements for players who have lost their touch and need fresh energy. They have no use for anyone who claims to be an expert on them and to be on their side but who writes pieces that undermine their interests, or that spend as much effort on snarkily establishing the independence of the author as on doing something useful for the team.

Though the blog wars are often portrayed as fights between the left and the center-left, they're actually much less about politics and more about the stance that writers takes toward the world. Blog wars are conflicts between reporter-pundits and activist-pundits, and between mediated representations and self-representation. The central question at stake in every blog war is: Whose side are you on, buddy? That's true even in the case of the flap over net neutrality involving Mike McCurry, who is not a journalist of any kind. In that instance, the self-representing bloggers pitted themselves against him and his mediating role of client advocate.

Blog wars are also a direct result of the way that the blogosphere has completely collapsed the source/reporter distinction, so that reporters and pundits who, even just a few years ago, might have found themselves investigating, interviewing, and expounding on bloggers now find themselves engaged in direct debates with them about the issues of the day. The carefully engaged-but-apart-from the world stance cultivated by the reporter-pundits collapses under this new mode of interaction, however, and reporter-pundits, by and large, still have not fully figured out how to navigate the new dynamics.

Here's some advice for how to avoid blog wars, then, based on my observations of the last few conflagrations.