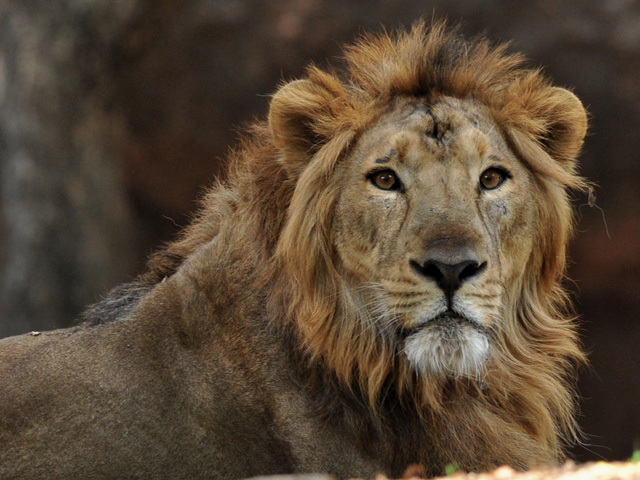 If you plan to be camping in a region where lions are known to roam, scientists advise that you watch the moon.

If you want to avoid becoming a lion's dinner, that is.

A new study in the journal PLoS ONE warns that lion attacks are the most prevalent during the 10 days following the appearance of a full moon, which tend to be the darkest times of the month. In part, that's also the period when lions are believed to be the most hungry

While lions are nocturnal predators, the researchers found that the big cats were less successful hunting down wildlife prey during moonlit nights. They also noticed another trend: "Whereas lions are as likely to feed on herbivore prey during the first and third quarter, most human attacks occur in the weeks following the full moon," the study found.

In Tanzania, for example, lions attacked more than 1000 people between 1988 and 2009 - over two-thirds of the attacks were fatal with the victims being eaten. But the likelihood of attacks rose as the days moved across the lunar cycle as the vast majority of victims were attacked after sunset.

Victims were significantly more likely to be attacked during the darkest days of the cycle during five separate hours of night as well as during the darkest parts of the night as a whole. Because lions mostly attack in total darkness and nearly 60% of victims were attacked between 18:00 and 21:45, attack rates varied strikingly with the phase of the moon. Hourly attack rates were 2-4 times higher in the first 10 days after the full moon (when the moon does not rise until after sunset) than in the 10-day period before the full moon (when the moon is 30-100% illuminated and above the horizon at sunset)

Luck often governs the chance of an encounter between humans and lions. But the researchers offer what may be the first quantifiable evidence that a full moon serves as an indicator of the risk of lion predation. And perhaps they've also touched on an explanation for our centuries-old fear of darkness, if not the accompanying mythology surrounding the full moon. "There's bound to have been an effect of moonlight on our psychology because of these risks," says ecologist Craig Packer, a lion expert based at the University of Minnesota who also is one of the report's co-authors. "The full moon definitely is a loud and clear harbinger."