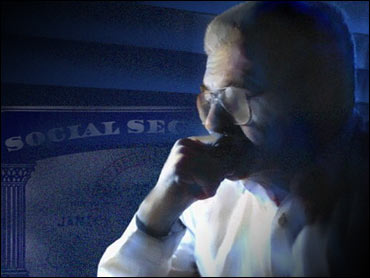 Did you know that if you choose the right time to collect Social Security, you could potentially boost your benefits by thousands of dollars a year?

In our "Early Show" "Senior Moment" series, in connection with our print partners at USA Today, Donna Rosato, senior writer for Money magazine, shared six moves to maximize the money you make from Social Security.

Wait To Collect
Most people know that if they take their Social Security Benefits early, they'll lose out on a portion of their benefits. But it's worth reviewing the basics because waiting till you reach full retirement age is the single biggest thing you can do to boost your Social Security benefits. Yet, not everyone knows what their full retirement age is or just how much it pays to wait. The traditional retirement age of 65 only applies to folks born before 1943. For people born 1943 to 1960, retirement comes at 66 and for those born after 1960, it's 67. Taking benefits when you're first eligible at age 62 will cut the amount you receive by about 25 percent or more. But if you wait until you're 70 to collect, you can increase the amount you get eight percentage points for every year you delay collecting. So, if you're earning about $100,000 today and you decide to take your Social Security early, you'll get about $1,600 a month. Wait until your full retirement age and you'll get $2,400 a month. Delay until age 70 and you'll receive nearly $3,000 a month.

If Salary Peaks Later, Work Longer!
Most people might not want to hear this, but working through your later years can make another big difference. Why? Because if your salary peaked later, you could work longer and boost your benefits in a major way! That's because your Social Security benefits are based on your average monthly earnings during the 35 years in which you earned the most money. If you have less than 35 years of work history, or you have many low earning years in your 35 years and you are now earning more, working longer now in higher earning years will bump some of your lower earning years out of your benefits calculation.

Collect On Your Kids
Kids Can Collect Too. If you're an older parent or a grandparent caring for minor children, dependent children under age 18 who live with you are entitled to benefits worth up to half the amount you're eligible for. Retirees can collect benefits as early as age 62 to trigger Social Security for their minor kids, but once again, waiting until normal retirement age will increase the amount. To be considered dependent, a child must be under 18 and living with you where you are paying for more than half of their living expenses.

Collect On Your Ex
If you were married for over 10 years and have been divorced for at least 2 years, you are entitled to getting spousal benefits from your ex-spouse (and won't impact their benefits either). The only stipulation is that you cannot have married somebody else. This is one reason why it doesn't always pay for older couples to remarry.

Start All Over Again
Start all over again! If you've already starting taking your Social Security benefit early, you can elect to do it over again. To do that, you have to pay back all the earnings you've received so far. Depending on how long you've been collecting, that could be a large amount. But if you can come up with the money (from a family inheritance, work bonus, etc.), you'll restart your benefits at a higher level based on your current age and lock in higher income for life.