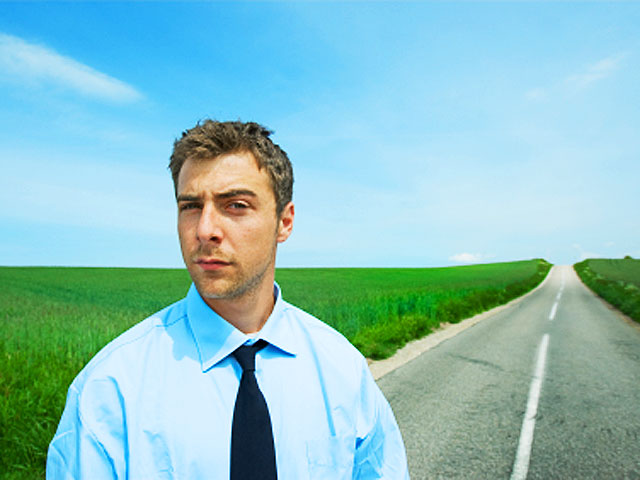 (MoneyWatch) It feels like a million years ago; in reality it was just twenty. But at the time, I worked in television and I didn't like where it was going. It seemed to me that as the number of channels expanded, the amount of available money would not. That meant the revenue pie would be cut into ever-thinner slices. Budgets would be tighter than ever and audiences tougher to find and to keep. In other words, I concluded, it wasn't going to be as much fun any more. And who wants to be in a declining industry?

I decided I wanted to move into software: a newer, growing industry, less defensive, more creative, maybe more fun. At the time, it was a decision that made sense to no one but me. And I was a CEO. What software company would hire a broadcast TV executive?

Today I meet lots of executives in a similar position: working in declining industries, unsure how to avoid being part of a slow, sad story. They have little appetite for lost causes and don't want to decline too -- but moving into a whole new business is frightening and it's also very difficult.

Hiring managers rarely have excess imagination. What they're looking for is reassurance and guarantees. I couldn't offer either. To hire me would have required a real leap of imagination of a kind that is hard to find. So the transition that to me looked obvious, to everyone else looked bizarre.

So how do you change industries?

1. Be prepared to take a pay cut. You may have been expert in your former field but you aren't (yet) in your new one. That doesn't mean going back to the beginning. But it can mean paying a price. But if you aren't prepared to invest in yourself, why should anyone else?

2. Find some kind of connection. When I wanted to make my transition, I focused on multimedia software. At least my media know-how was relevant and it was something I had that most pure software professionals didn't. They could see the easy connector and feel they'd get something positive in return for the risk they were taking. In the end, what connected both parts of my career wasn't that important -- but I needed to make it coherent for others so that they would believe in me.

3. Expect consulting not employment. Until I'd worked with my first software company for a year, they didn't feel they knew quite who I was or what I had to offer. And of course I couldn't be sure that the transition I thought I wanted was really right for me. So both sides had to experiment.

4. Be prepared to be wrong. Much that I imagined about the world of software turned out to be true -- but quite a lot was different. There's only so much knowledge you can develop in abstract. So once you try something new, you have to be prepared to change your mind.

If you're moving onto your second career, you have lots of advantages. No one disparages these shifts the way they did in my father's generation. Many will admire you for being willing to take charge of your career and not just let it happen to you. That won't mean it isn't scary but it does open the possibility of excitement.