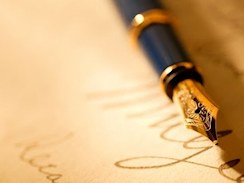 (MoneyWatch) It's frustrating to send someone an email -- especially the person who happens to be the gatekeeper blocking your project -- and never get a response. One, two... five days might go by. You send a follow-up. Crickets. Eventually you have no choice but make an uncomfortable phone call to move things along, knowing that the person has almost certainly been ignoring you.

But sometimes you can avoid such situations by better crafting your email messages to begin with. Think about it from the recipient's perspective: Maybe they got a poorly worded email that was more trouble than it was worth to parse and respond to. If you put some thought into the original email, you might get the reply and move your project along. To that end, here are the top five things you can do to create an actionable, easy-to-read email that is easy to reply to:

1. Make it clear who the message is addressed to. If the email is a request for information or an action item, addressing it to six people is almost certainly not going to work. When you address it to a bunch of people and don't identify anyone by name in the body of the mail, you've diffused responsibility for the action, and no one is likely to take the initiative. The remedy is to address it to a single person (put everyone else in the CC line) or call out action items by name in the body.

2. Put the bottom line up front. Don't write a long preamble and expect the recipient to read 500 words before getting to the action -- in the news business, this is called "burying the lede." Instead, put the request at the top of the mail and then provide as much context as your heart desires afterwards.

3. Formatting matters. Almost as bad as butting the request at the end of a long email is embedding details of the request in a densely worded paragraph. I like to break longer mails into lots of small paragraphs and use formatting, such as bold text, to help "pull" the eyes through the email to the important bits.

4. Be clear and specific. This should go without saying, but it needs saying. Be specific and clear about what you need, when you need it, and who should provide it. You might be inclined to be vague out of a misguided sense of politeness, but in reality it's infuriating at worst and confusing at best to not see all the details in the email. If you don't set a date, for example, the tasking is likely to get lost or forgotten.

5. Be as brief as possible. Mark Twain is said to have written, "I didn't have time to write a short letter, so I wrote a long one instead." Take the time to cull your mail down to the essential facts and details -- if it's too long, it simply won't be read. Or, at the very least, it won't be read thoroughly.