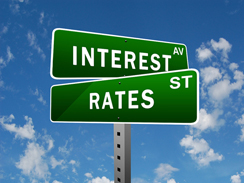 (MoneyWatch) One thing I'm asked about most often is what to do about bond investing in an environment of historically low interest rates. Not only are the yields painfully small -- the 10-year bond pays a mere 1.76 percent -- but low rates have led many investors to conclude that rates are sure to rise. In response, many investors stick to short-term bonds, hoping to reduce the losses if rates climb. Here's why that strategy might be a mistake.

Before we begin, it's important to note that the market has the same information that you do. Thus, that information is already embedded in prices. We see that in the shape of the yield curve. While rates have been low for the past few years, the yield curve has been fairly steep -- longer maturities have higher yields. It's also important to understand that the higher yields incorporate not just the expectation of rising rates, but also a premium for taking the risk that rates will rise more than expected. The result is that even if interest rates rise, but they rise by less than is implied in the current yield curve, you would have been better off by owning longer duration bonds, aka "extending maturities."

A simple example illustrates this point. (We'll ignore the effect of compounding to keep the math simple.) An investor has a choice between:

Because of the fear of rising rates, he bought the one-year CD, and it turns out he was right about rates. The rate on a one-year CD increased 1.5 percentage points to 2.5 percent. Was he better off? If he had bought the two-year CD, he would have earned total interest of 4 percent. By investing in two consecutive one-year CDs, he earned 3.5 percent.

The data in the table below, covering the period 1980-2011, brings this point home. The table shows the years the federal funds rate increased by more than 1 percentage point and the return on the Barclay's Intermediate Government/Credit Index in that year.

Only in 1994 did the federal funds rate rise by more than 1 percent and intermediate bonds lose money. In fact, over the last 36 years, we have seen a dramatic cyclical decline in interest rates. Yet, there were almost as many years when the federal funds rate increased (17) as there were years of decline. Yet, we only had one year (from 1973 through 2011) when the intermediate bond index produced negative returns.

Craig Israelsen, associate professor at Brigham Young University, provided us with an interesting example. For the period 1976-2011, he created an annually rebalanced model portfolio that would allocate its bond holdings to cash during years when the federal funds rate rose. (It would stay an even split between bonds and cash when the federal funds rate fell.) The allocations were evenly split among:

I'm sure most people would be highly confident that the "perfect" timing portfolio would win by a large margin. Yet, the portfolio returned 10.65 percent, and the benchmark portfolio (which kept an evenly split allocation over the full period) returned a virtually identical 10.64 percent. Even with perfect foresight as to the direction of rates, a timing strategy failed.

The bottom line is that it's best to ignore all interest rate forecasts and stick to a disciplined plan, such as holding a bond ladder of about 10 years. That balances the dual risks of reinvestment (if rates fall) and inflation (which can cause rates to rise). Those who have done so, and ignored the forecasts of gurus, have been well rewarded. Those who paid too much attention to those forecasts paid the price in lost opportunity and reinvestment risk.