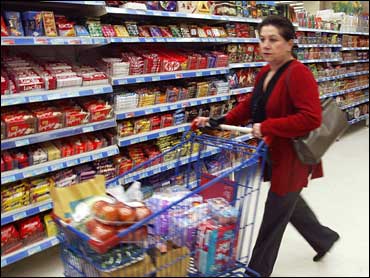 You can get great deals at big box warehouse stores like Sam's Club and BJ's, but a lot of us think you have to buy big piles of stuff to get the best prices.

But CBS News Business and Economics Correspondent Rebecca Jarvis says that's not necessarily so. She shared these wholesale "do's" and "don'ts" on "The Early Show":

Gallon of Milk
Although the average shopper can save more by carefully scoping sales at the local grocery store, milk is one of the few non-bulk food items that's nearly always cheaper at a club. A gallon will typically cost $1.50 less, even organic varieties. Pair these prices with Sams Club grocery coupons and watch the price drop until it's udder-ly unbelievable. And that's no laughing matter.

Batteries
Is there even a need to bring expiration dates into a discussion of bulk battery buying? Didn't think so. What it comes down to is pure, unadulterated per-unit price. A comparison by WalletPop whittled the price at Costco down to $0.36 per battery, while the damage at a nearby Giant grocery store was $1.12, nearly 70 percent more for fewer batteries. Enough said.

Pet Food
Cat, dog, dry, canned -- it doesn't much matter when it comes to pet food. With the exception of occasional sales at Walmart, you're almost guaranteed to snag a better deal for your four-legged significant other at warehouse stores. Plus, it's already cheaper to buy pet food in bulk: The per pound cost of a 44-pound bag of Iams dry dog food is 26 cents less than the 17.5-pound one. Buying from a big box store knocks it down another 15 to 20 percent, saving you enough to buy Fido a frisbee.

Prescription Drugs
Similar to your local supermarket, nearly every wholesale club comes equipped with a full-service pharmacy. But what's the difference? An average of 50 percent on most prescription meds, including common necessities like inhalers. Though it varies by store and location, most even let non-members fill prescriptions online or in person.

Sam's Club currently has more than 525 locations with pharmacies that are always the lowest price in the market. Besides great deals on branded prescriptions, such as Lipitor, it has a robust $4 and $10 generic prescription list. It also has quick and friendly service. Sam's Club shoppers will always be able to talk to pharmacists about their prescription needs, and can even bring in their current prescriptions for a price comparison. As well, the average wait time for a prescription is approximately 15 minutes. It's also important to note that Sam's Club carries a full line of prescription drugs and a membership isn't required to purchase.

TVs
Flat-screen televisions are proof that technology moves at a faster clip than ever imagined. What once cost two or three grand can now be found for under $1,000. Aside from occasional rebate deals, the initial prices on many TVs at big box retailers won't be much different than at equally affordable department stores. Where the clubs shine, however, is with generous warranties and return policies.

Every LCD screen from Costco and Sam's Club can be returned within 90 days for a complete refund, a full 60 days longer than major electronics stores and a month more than online outlets. For certain brands, such as Sony, Sam's Club even extends the manufacturer's warranty by two years. Sniff out an instant rebate -- some up to $500 -- and your TV will enjoy a long, happy, vivid life.

Pasta
Pasta is an oft-used, already inexpensive commodity, which puts warehouse prices about even with those at a grocery store. Plus, pasta crafters offer regular discounts. Use Dreamfields grocery coupons to get a buck off any box.

Large Frozen Foods
With mail-order meats, storage is a stumbling block for mounds of frozen food. Do you really have a place to keep 12 frozen pizzas, 80 pot stickers and 150 jalapeno poppers? Didn't think so.

Toilet Paper
It seems counter-intuitive, yet with the exception of large households, buying toilet paper in bulk doesn't save money. In fact, it can be up to 10 cents more per roll than buying reasonably-sized supplies elsewhere. For singles or those living in small apartments, there's simply no room or need for 36 rolls.