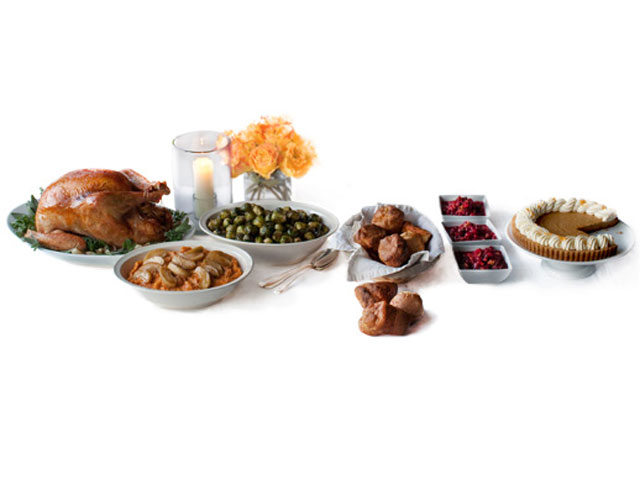 While indulging in some delicious dishes is inevitable this holiday season, the battle against the bulge doesn't have to be put on hold completely.

Nutritionist and exercise physiologist Felicia Stoler tells CBSNews.com that if you pay attention to what you consume, you can still enjoy your meal.

"I think beverages, in general, people take for granted," says Stoler. "Even if you're not chewing it, there are calories in it."

Another unfortunate truth: Just because something has fruit in it, it isn't necessarily the healthier option. A slice of pumpkin pie may have less calories than apple, blueberry or cherry pie, Stoler points out.

If you're the one making the food, pick and chose the healthier ingredients. Stoler suggests, for instance, if you can't bring yourself to lose the butter, try using a lower fat milk in the mashed potatoes.

The number one thing you shouldn't do? Starve yourself the next day.

"The worst thing you can do the next day is fast and not eat anything at all, because that will trigger a whole metabolic effect where your body thinks it's starving," she says.

Should you suddenly discover that it's too late, and you've already overeaten, Stoler recommends going for a walk - or putting on some music and get dancing.

"Do something to move around and try to help all that food to flow through you," she says.