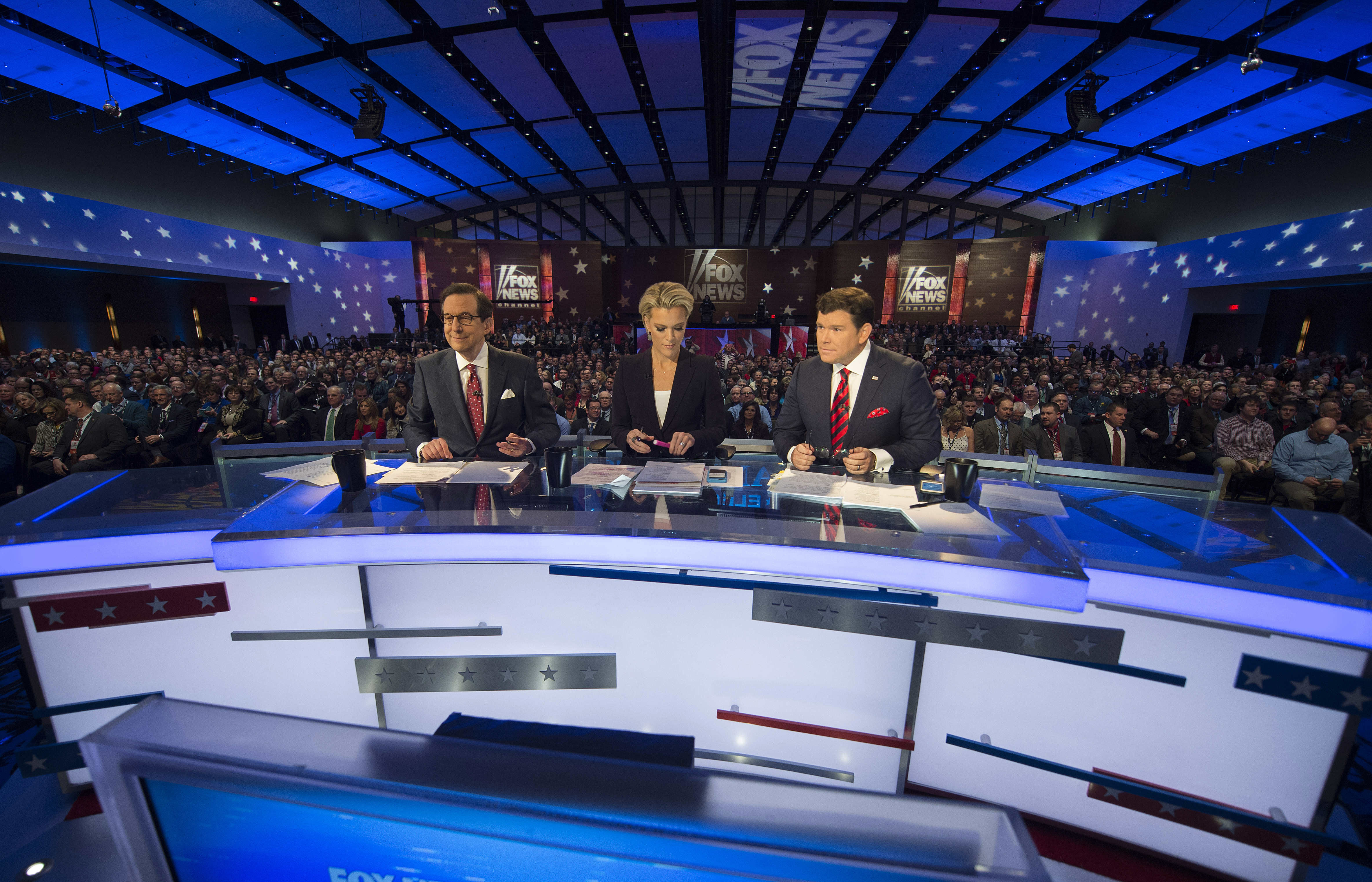 The five remaining candidates in the Republican race are businessman Donald Trump, Texas Sen. Ted Cruz, Florida Sen. Marco Rubio, and Ohio Gov. John Kasich. Retired neurosurgeon Ben Carson announced he would not participate in the debate. On Tuesday, Trump racked up a huge number of delegates, winning several states, while Cruz won two contests in Texas and Oklahoma. Rubio came out the victor of the Minnesota caucuses.

Qualifying candidates will participate in Fox News' 9:00 p.m. ET debate on Mar. 3, just days ahead of Michigan's Mar. 8 primary, and the winner-take-all states of Florida and Ohio on Mar. 15.

The cable network announced its criteria for the debate last week. For candidates to qualify, they must have at least 3 percent of support in the five most recent national polls published by Mar. 1 at 5 p.m. ET.

The debate will be moderated by Fox News anchors Chris Wallace, Bret Baier, and Megyn Kelly.

After the candidates' last on-stage meeting in Houston before Super Tuesday, Wallace slammed the brawl, calling it an "an embarrassment" for Republicans.

And on Tuesday, Ben Carson also harped on the candidate mudslinging and the "lack of civility" in the race. He reached out to his fellow Republican contenders and proposed to meet privately before the debate, saying he would like to see them "rise above the sophomoric attacks of past encounters" and have a "serious discussion" of the issues instead.

On Thursday, Trump ratcheted up the vulgarity in the race once more, aiming at the Republicans' 2012 presidential nominee, Mitt Romney.

Responding to Romney's denouncement of Trump earlier in the day, the current GOP front-runner criticized Romney as a "failed" candidate and charged that the 2012 nominee had begged him for his endorsement.

"I could've said, Mitt, drop to your knees," Trump told supporters at a campaign rally in Portland, Maine. "He would have dropped to his knees."

Detroit's debate will be the first time Kelly comes face-to-face with Trump in a debate setting after last year's initial GOP forum, when the two got into a heated exchange over the front-runner's treatment of women.

Trump skipped the other Fox News-hosted debate where Kelly served as a moderator, opting instead to hold a fundraiser for veterans charities.

→Where: Fox Theatre in Detroit, Michigan

→On TV: Fox News will broadcast the debate live

→Mobile: Fox News will live stream the debate across all mobile platforms

→Online: Debate will be live streamed at FoxNews.com