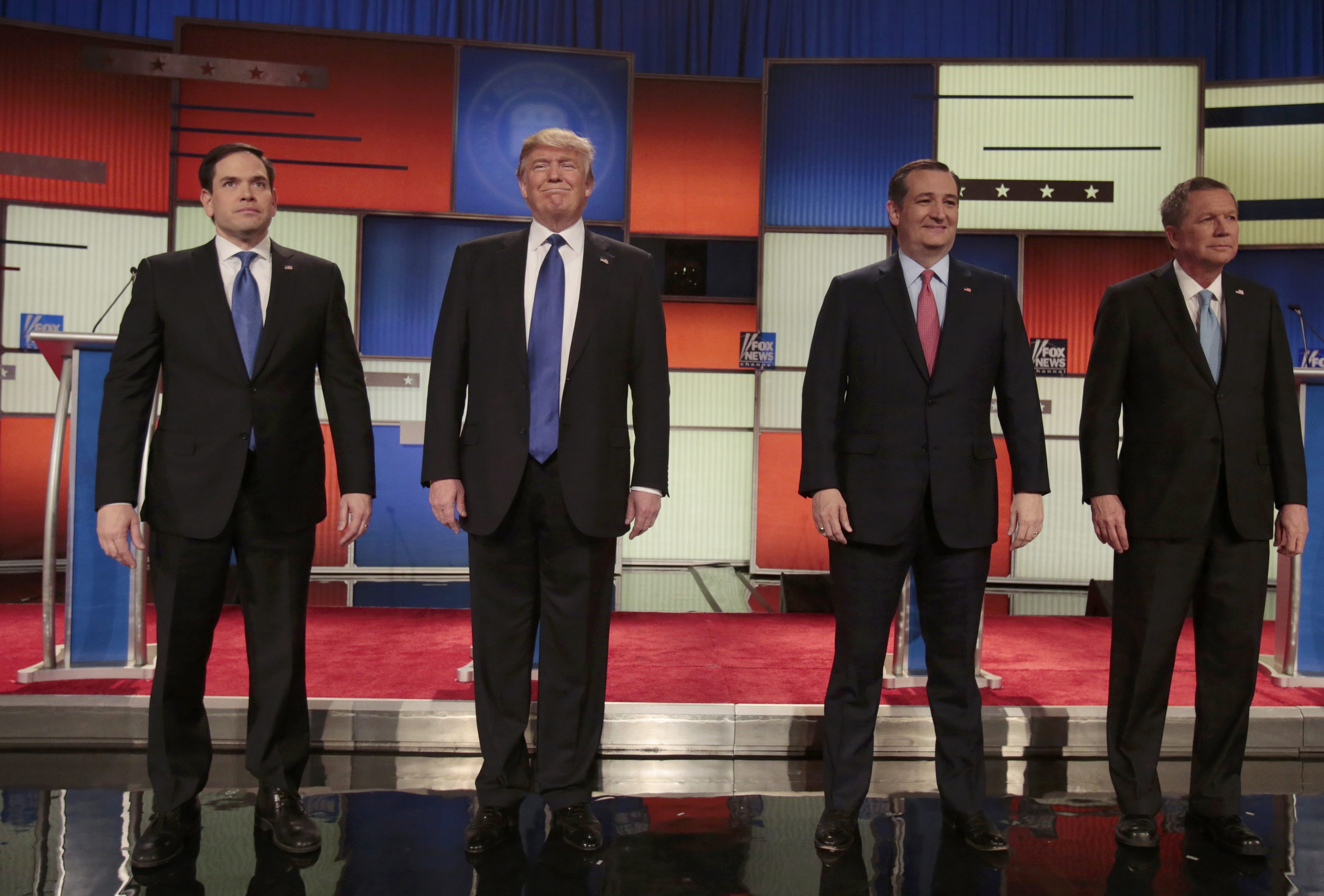 Just two days after Donald Trump picked up victories in Michigan, Mississippi and Hawaii, Republican presidential candidates will face off in their twelfth primary Republican debate in Miami, Florida.

Qualifying candidates will participate in CNN's 8:30 p.m. ET debate on March 10, just days ahead of the key March 15 primaries in Ohio and Florida. CNN is co-hosting the debate with Salem Media Group, The Washington Times and the Republican National Committee.

For a couple of the non-Trump candidates, Thursday's debate may be their last chance to have a breakout performance. The appearance comes just days before voters head to the polls in key winner-take-all contests in Ohio and Florida, two states that are crucial to the GOP establishment's hopes of stopping Trump. If Rubio and Kasich, the Florida senator and Ohio governor, are able to win their home states, they could help halt Trump's delegate lead and keep him from getting the necessary 1,237 delegates to secure the nomination.

However, if the two lose their home states, it will just provide more momentum for the front-runner and make him difficult to stop. For Rubio in particular, a poor showing in Tuesday night's primaries makes his future in the race murky. Trump, in an interview with CNN Wednesday, said: "I think if I win those two, I think it's over."

There will also be a great deal of attention paid Thursday night to the overall tone of the debate. Last week's gathering involved candidates were flinging insults and Trump responded to claims that he has small hands and that "something else must be small," insisting that "there's no problem" anywhere else on his body.

Republican National Committee Chairman Reince Priebus denounced the overall tone of the debates, saying on CBS' "Face the Nation" that future debates should have a "PG rating."

"Listen, I do think the tone and the rhetoric has to improve," he said. "I do think that you have to keep a 'PG' rating during debates and I think that the next debate needs to be improved in that regard."

→Where: University of Miami in Miami, Fla.

→On TV: The debate will be broadcast live on CNN

→Mobile: CNN will stream the debate for all mobile users

→Online: Debate will be live streamed at CNN.com, as well as simulcast by CNN International and CNN en Espanol