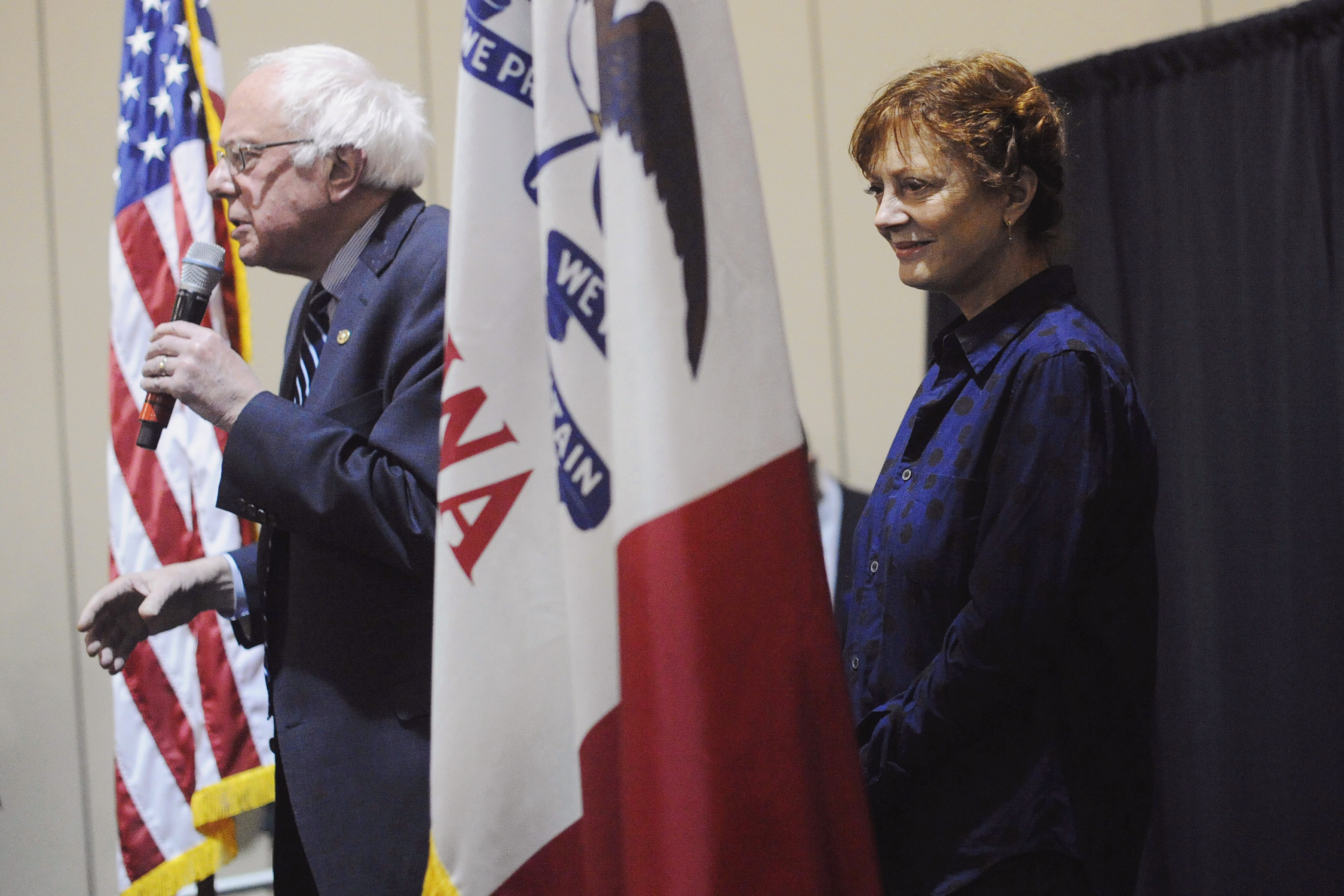 Actress Susan Sarandon, a vocal Bernie Sanders supporter, implied earlier this week that she might be unwilling to vote for Hillary Clinton if the former secretary of state were to win the Democratic nomination.

"I don't know. I'm going to see what happens," Sarandon told MSNBC Monday after she was asked if she would support Clinton.

"Really," Sarandon, who has stumped on the campaign trail for Sanders, said.

Later, when Hayes pressed her about how she could say that when the alternative could be GOP front-runner Donald Trump, Sarandon responded: "Some people feel that Donald Trump will bring the revolution immediately if he gets in, things will really explode."

The Oscar-winning actress drew immediate backlash on the social media platform for her "scorched earth fantasy":

Even celebrities took to Twitter to express their opposition to Sarandon's statements:

To Jamie Lee Curtis, Sarandon fired back with a tweet of her own that said, "Of course I would never support Trump for any reason. If you watch the interview you'll see that's not what I said."

Later, the star tweeted out "LOL" to the notion that she would vote for Trump.