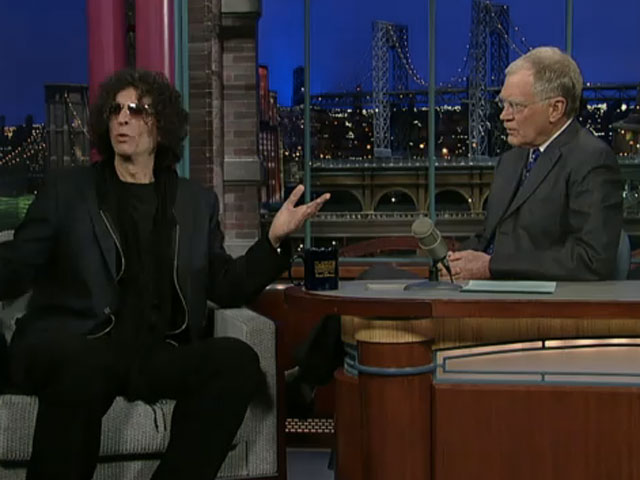 NEW YORK (CBS) Howard Stern made his allegiance in the late night TV wars known on Thursday - and he's not on Team Leno.

The radio shock jock bashed Jay Leno during his appearance on the "Late Show with David Letterman."

"Jay is horrible, right?" he asked Letterman, to cheers from the audience. Letterman only laughed in response.

He also called the "Tonight Show" host talentless, and criticized Letterman for doing a Super Bowl commercial with him a few years back.

"Well, it seemed like a good idea at the time, and people sort of responded favorably to it," Letterman explained.

Watch the video above.