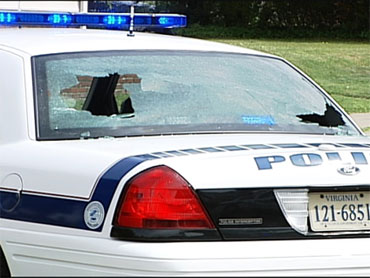 In his State of the Union address Tuesday night, President Bush is expected to promote what he'll call a "solution" for many of the roughly 46 million Americans who don't have health insurance: the Health Savings Account, or H.S.A.

"If I were to get it thought the restaurant," he tells The Early Show Trish Regan, "it'd be about $300 a month. … It's just too, too expensive."

For about $100-150 a month, Chris could get a high-deductible HSA plan, which he calls "a lot more reasonable."

HSAs, explains Regan, are like 401(k)s for health care. They pair a savings account with a high-deductible insurance policy. You contribute your own pretax dollars to the health account. The money can be invested in stocks, bonds, and mutual funds. The account grows tax-free, but funds can only be taken out for health care costs. An HSA goes with you from job to job and, upon retirement, the funds are still yours.

Iowa self-employed software consultant David Andersen makes six-figures a year, and pays about $80 monthly for an HAS.

"It's a tremendous cost savings for me," Andersen says.

A traditional insurance plan would cost him nearly $400 dollars a month. Instead, he's funding an HSA.

"It's absolutely attractive," he continues. "It's money that I'm not spending on premiums that would just disappear that I can use for something else down the road."

Andersen puts the maximum amount, $2,500 a year into his account and so far, so good.

"I'm pretty healthy," he says. "I take some allergy medicine three or four months out of the year, but I haven't had any health problems of any significance whatsoever."

But, Regan points out, there's a catch.

Should David get sick, he'd be responsible for his deductible, $2,500 out of pocket before the insurance kicks in. So long as he has the funds in the account, he's fine but, if he were to develop a serious problem, year after year, he'd be faced with that $2,500 dollar deductible.

"It's a bad deal for middle-income people who are unhealthy," asserts Len Burman of the non-partisan Tax Policy Center. He describes HSAs as "unrealistic" for most Americans

He also worries that the accounts will only attract the healthy, and wealthy, which could result in higher insurance costs for everyone else.

The president will tout HSAs as the answer to the health care crisis. But, notes Regan, critics say a more comprehensive overhaul of the entire health care system is really what's needed, and they fear health savings accounts will penalize the poor and the sick.