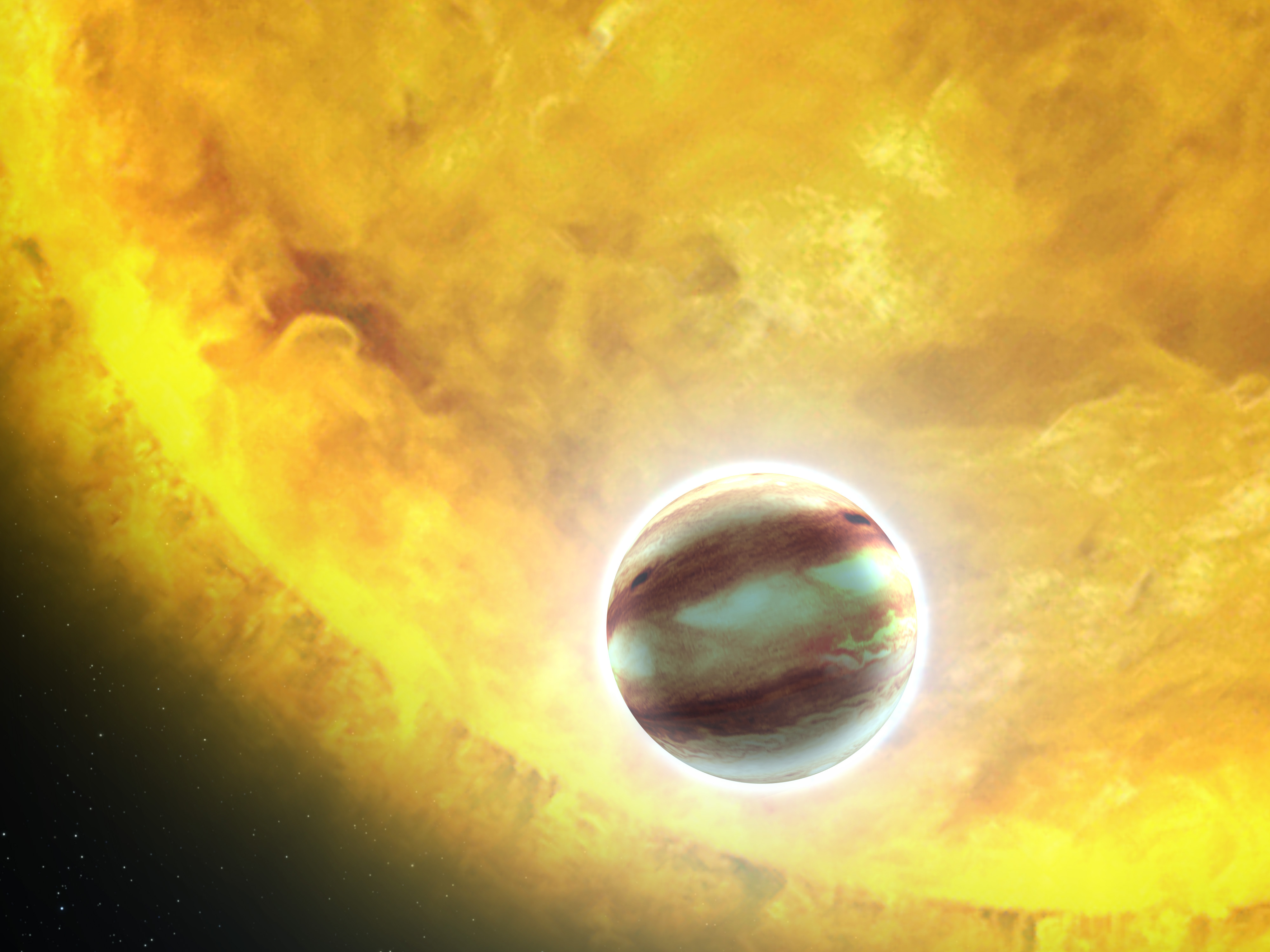 NASA's prolific Hubble Space Telescope has hit a major milestone after 21 years in orbit: one million science observations, with the latest being a look at possible signs of water in an alien planet's atmosphere.

The landmark observation occurred on Monday, July 4, while the observatory was looking at a planet 1,000 light-years away.

"For 21 years Hubble has been the premier space science observatory, astounding us with deeply beautiful imagery and enabling ground-breaking science across a wide spectrum of astronomical disciplines," said NASA Administrator Charles Bolden, a former astronaut who flew on the shuttle mission that launched Hubble, in a statement. "The fact that Hubble met this milestone while studying a faraway planet is a remarkable reminder of its strength and legacy."

Although Hubble is best known for its stunning imagery of the cosmos, the millionth observation is a spectroscopic measurement, and not a picture. In such a measurement, the incoming light is divided into its component colors to reveal the chemical composition of cosmic sources.

Hubble's millionth exposure was of the planet HAT-P-7b, a gas giant planet larger than Jupiter that orbits a star hotter than our sun. HAT-P-7b, also known as Kepler 2b, has been studied by NASA's planet-hunting Kepler observatory after it was discovered by ground-based observations. Hubble now is being used to analyze the chemical composition of the alien planet's atmosphere.

"We are looking for the spectral signature of water vapor. This is an extremely precise observation and it will take months of analysis before we have an answer," said Drake Deming of the University of Maryland and NASA's Goddard Space Flight Center in Greenbelt, Md. "Hubble demonstrated it is ideally suited for characterizing the atmospheres of exoplanets, and we are excited to see what this latest targeted world will reveal."

Hubble was launched April 24, 1990, aboard space shuttle's Discovery's STS-31 mission. Its discoveries have impacted nearly all areas of astronomical research, from planetary science to cosmology.

Hubble's odometer reading includes every observation of astronomical targets since its launch and observations used to calibrate its suite of instruments. Hubble made the millionth observation using its Wide Field Camera 3, a visible and infrared light imager with an on-board spectrometer. The instrument was installed by astronauts during the Hubble Servicing Mission 4 in May 2009.

"The Hubble keeps amazing us with groundbreaking science," said Sen. Barbara A. Mikulski, the chairwoman of the Senate Commerce, Justice, Science and Related Agencies Appropriations Subcommittee. "I championed the mission to repair and renew Hubble not just to get one million science observations, but also to inspire millions of children across the planet to become our next generation of stargazers, scientists, astronauts and engineers."

Hubble is an international cooperation between NASA and the European Space Agency.