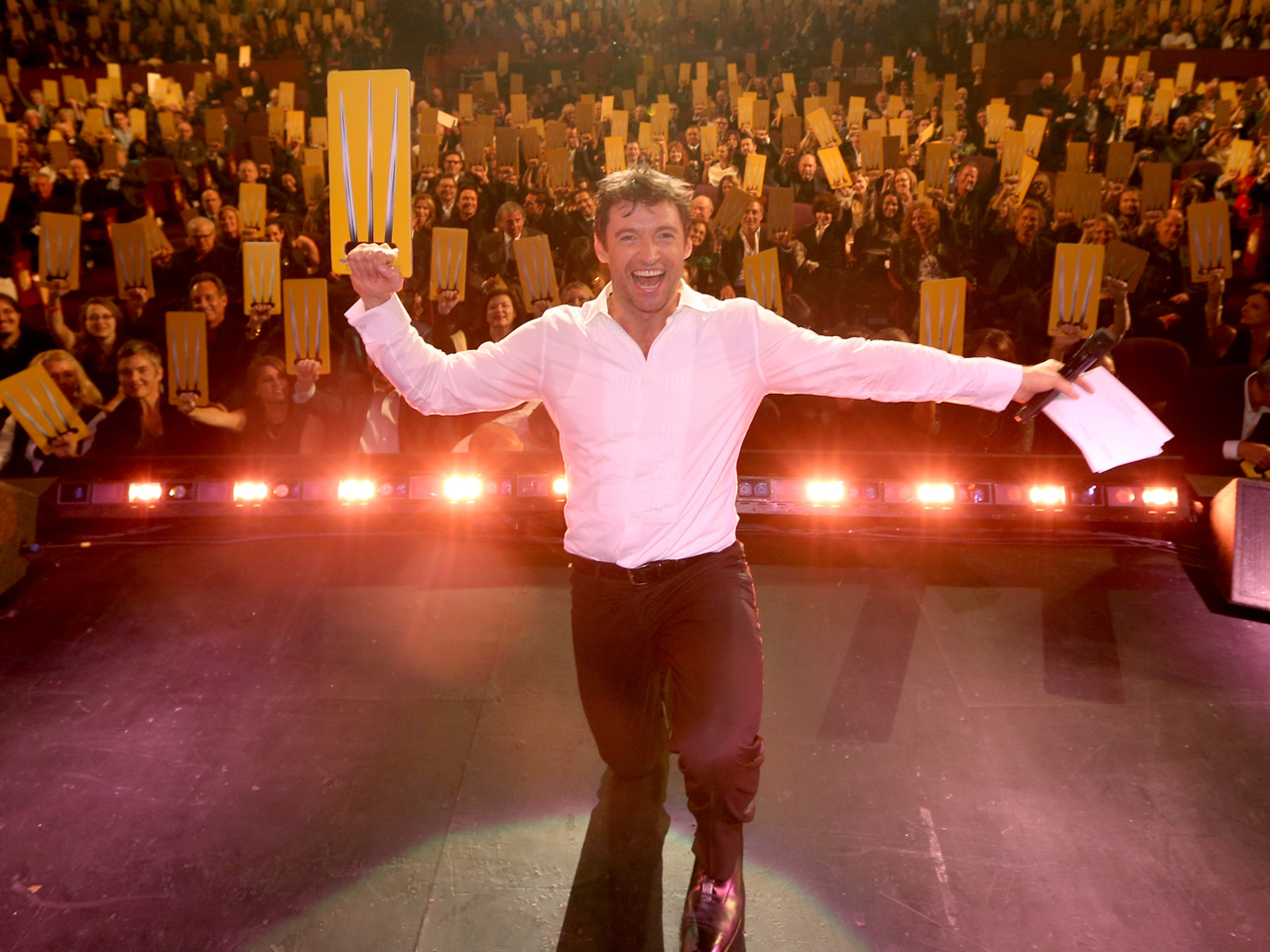 Hugh Jackman celebrated his birthday by throwing a not-so-little party -- one with 4,500 guests who had to pay to attend.

The actor spent his 45th birthday Saturday at Hollywood's Dolby Theatre, where he sang, danced and told stories for "One Night Only," a benefit concert that raised $1.85 million for the Motion Picture & Television Fund, which provides health care and other services to entertainment-industry workers and retirees.

"This is probably the most narcissistic way to spend your birthday," he said after the show. "I chose my favorite songs and told stories about my life."

Backed by a 17-member orchestra, Jackman performed a variation of his recent Broadway show, with personal stories, a few film clips and selections from classic Hollywood musicals -- including a tap-dancing routine during "Singin' in the Rain." He talked about his family, sang a tribute to his wife and shared music and images of his native Australia.

"A lot of guys would say to their wife, 'Do you mind if I go play golf with my buddies?' That's how I am about the show," he said. "I love it. If there's a song I don't like, I cut it and bring in a new song. Everything is something I want to do. So to be here tonight, supporting this cause -- and it couldn't have been a more generous crowd if it tried -- in every way it was great."

Jackman said he donated his birthday performance to the Motion Picture & Television Fund because it offers "that unconditional helping hand you get in a family."

Cybill Shepherd, Bryan Singer, Darren Criss and songwriter Carole Bayer Sager were among the famous faces in the industry-heavy audience for the two-and-a-half-hour show, which ended with Jackman auctioning off an electric Fiat, a pair of Wolverine claws and two sweaty undershirts he wore during the night's performance. The shirts went for $11,000 each.

Jackman's latest film, "Prisoners," is currently in theaters. He's also playing Wolverine once again in "X-Men: Days of Future Past," due out next year.