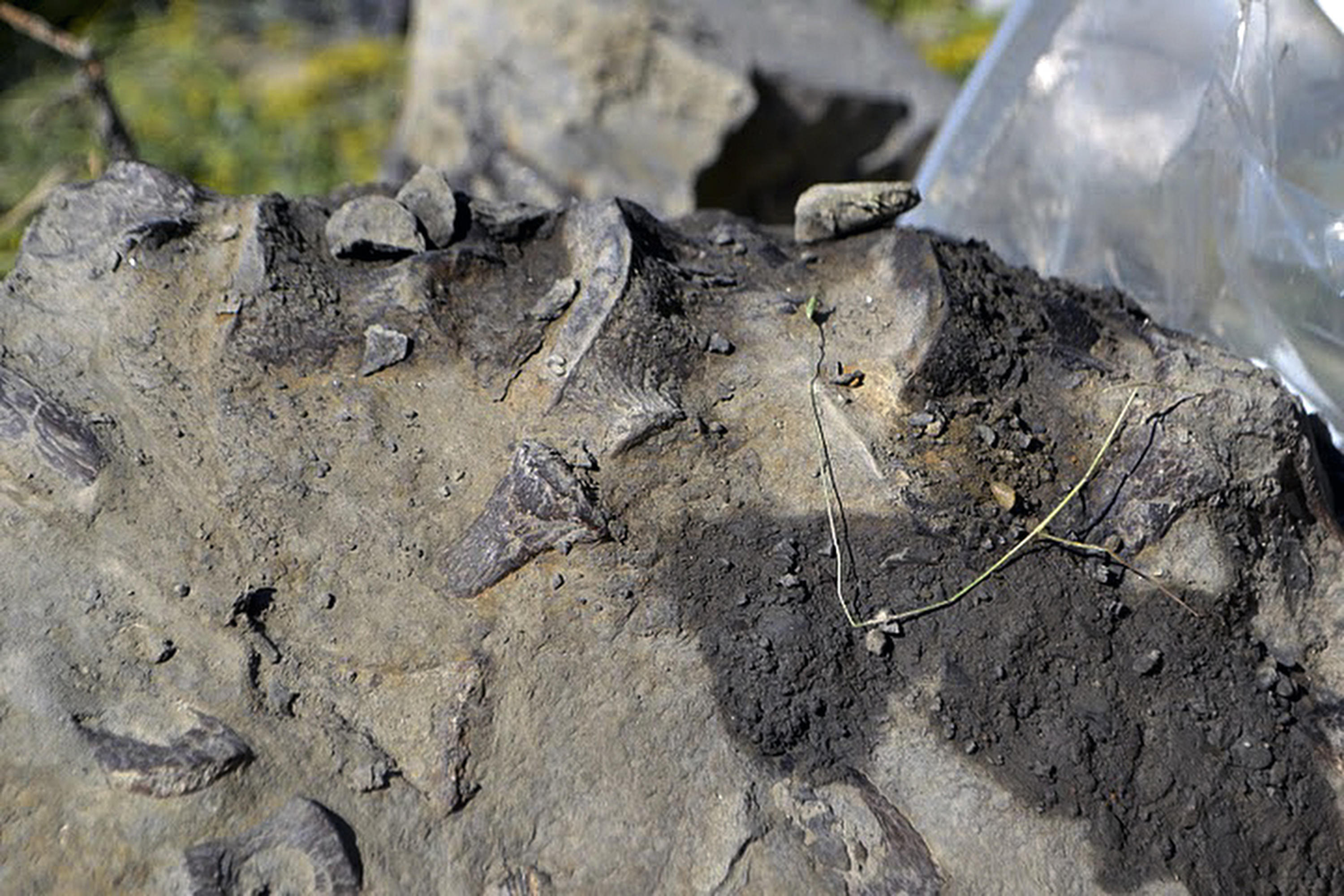 HELENA, Mont. -- A fossil found by an elk hunter in Montana nearly seven years ago has led to the discovery of a new species of prehistoric sea creature that lived about 70 million years ago in the inland sea that flowed east of the Rocky Mountains.

The new species of elasmosaur is detailed in an article published Thursday in the Journal of Vertebrate Paleontology. Most elasmosaurs, a type of marine reptile, had necks that could stretch 18 feet, but the fossil discovered in the Charles M. Russell National Wildlife Refuge is distinct for its much shorter neck - about 7½ feet.

“This group is famous for having ridiculously long necks, I mean necks that have as many as 76 vertebrae,” said Patrick Druckenmiller, co-author of the article and a paleontologist with the University of Alaska Museum of the North. “What absolutely shocked us when we dug it out - it only had somewhere around 40 vertebrae.”

The smaller sea creature lived around the same time and in the same area as the larger ones, which is evidence contradicting the belief that elasmosaurs did not evolve over millions of years to have longer necks, co-author Danielle Serratos said.

Elasmosaurs were carnivorous creatures with small heads and paddle-like limbs that could grow as long as 30 feet. Their fossils have been discovered across the world, and the one discovered in northeastern Montana was well-preserved and nearly complete.

Hunter David Bradt came across the exposed fossil encased in rock while he was hunting for elk in the wildlife refuge in November 2010, Druckenmiller said. He recognized it as a fossil, took photographs and alerted a U.S. Fish and Wildlife Service employee.

The refuge along the Missouri River is popular with hunters for its big game and remote setting.

“This is a vast, remote and rugged place that has changed very little since Lewis and Clark passed through these lands more than 200 years ago,” refuge manager Paul Santavy said.

Bradt, who lives in Florence, Montana, did not immediately return a call for comment.

It took three days to excavate the fossil, but much longer to clean and study it before the determination could be made that it was a new species, Druckenmiller said.

He and Serratos submitted their findings to the journal last year.

Druckenmiller said the inland sea that stretched the width of Montana to Minnesota and from Canada to the Gulf of Mexico was teeming with marine reptiles, but relatively few of their fossils have been excavated.

“It’s a total bias - just more people out there are interested in land-living dinosaurs than marine reptiles,” he said. “There would be a lot more known if more people were studying them.”