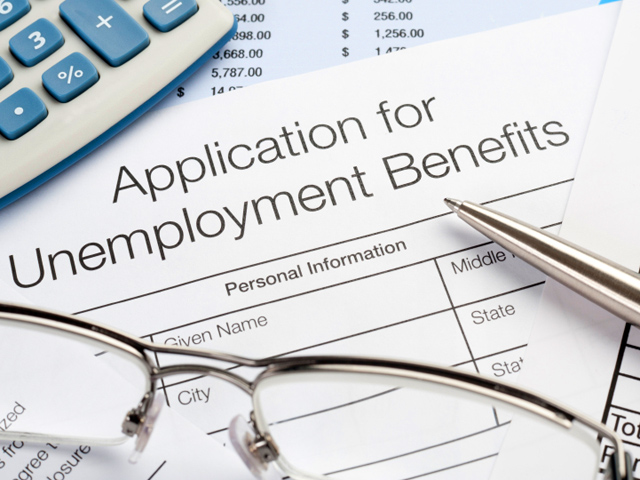 (AP) WASHINGTON - The number of Americans seeking unemployment benefits jumped to the highest weekly level in two months, although the figures were skewed in part by Hurricane Isaac.

Applications increased by 15,000 to a seasonally adjusted 382,000, the Labor Department said Thursday. That's up from 367,000 the previous week. The four-week average, a less volatile measure, increased for the fourth straight week to 375,000.

Isaac made landfall as Category 1 hurricane on Aug. 28 in Louisiana and was later downgraded to a tropical storm. It disrupted work in nine states and boosted applications by roughly 9,000, Labor officials said.

Applications for unemployment benefits reflect the pace of layoffs.

The data on unemployment applications follow last week's weak August employment report. The report comes as the Federal Reserve concludes a two-day meeting Thursday. Many analysts expect the central bank will announce new steps to boost the economy, which could include a third round of Treasury bond purchases. The goal would be to lower interest rates and spur more borrowing and spending.

Jim O'Sullivan, chief U.S. economist at High Frequency Economics, said that after excluding the impact of the hurricane, applications are likely closer to 370,000. Still, the job market has shown little vigor this year.

"While today's reading was likely exaggerated, and we do not believe the labor market is weakening, the trend has been and still is weak enough to trigger more Fed easing today," O'Sullivan said.

The unemployment rate dropped to 8.1 percent from 8.3 percent, but only because the number of people working or looking for work fell.

The total number of people receiving unemployment aid fell to 5.4 million in the week ending Aug. 25, the latest data available. That's about 80,000 fewer than the previous week. Some of the decline may result from more people getting jobs. But many recipients are using up all the benefits available to them.

Many economists have noted that while layoffs are falling, overall hiring isn't picking up at the same pace. A separate monthly report from the Labor Department this week showed that layoffs were at the lowest level in July for the 11 years the government has tracked the data.

The economy isn't growing fast enough to support much more hiring. It grew at a tepid 1.7 percent annual rate in the April-June quarter, down from 2 percent in the January-March quarter and 4.1 percent in the final three months of last year.

Growth isn't likely to get much better for the rest of this year. Economists expect it to grow at a roughly 2 percent pace. That's typically too weak to create enough jobs to lower the unemployment rate.