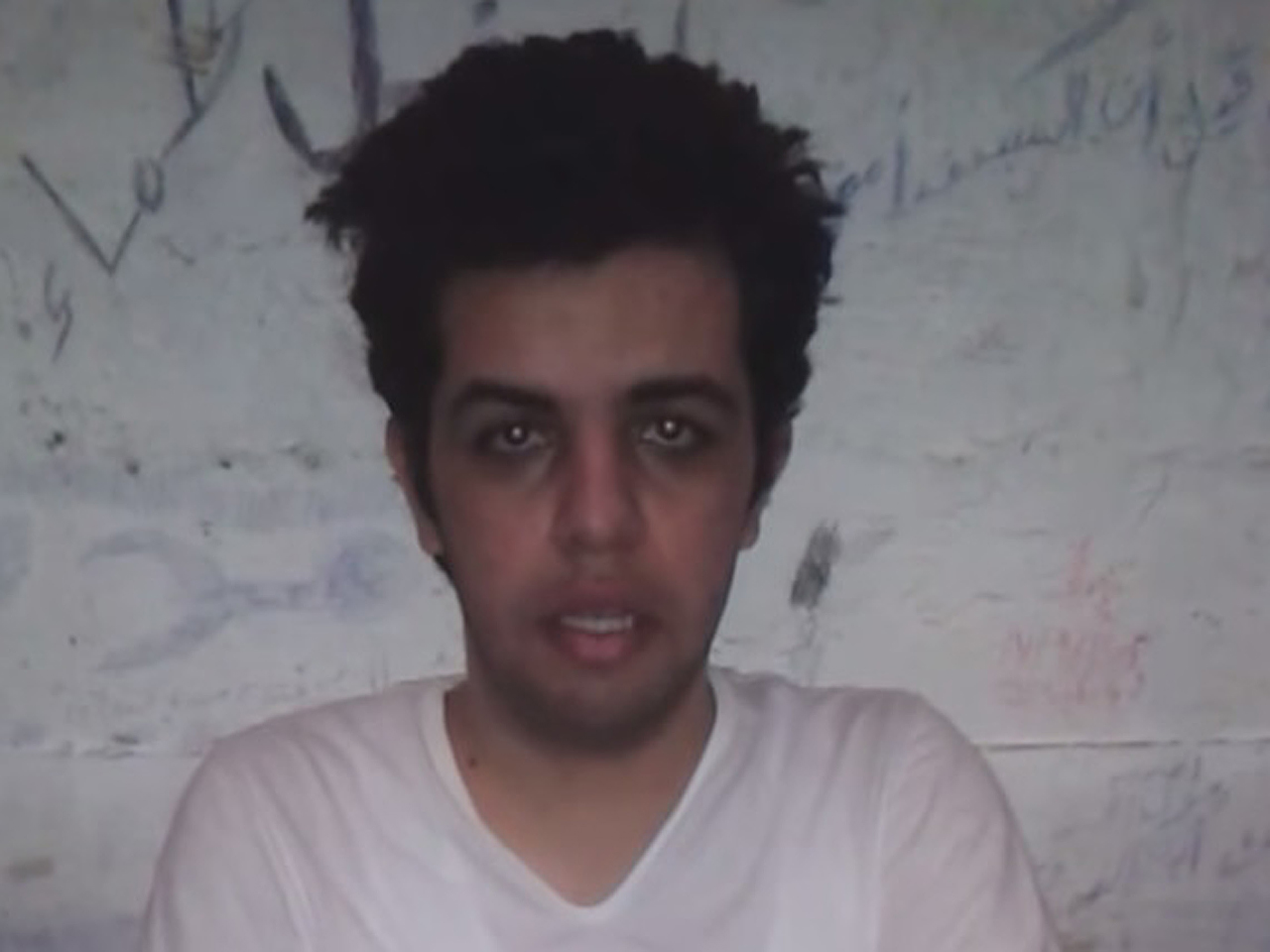 CAIRO -- An Al-Jazeera Arabic service journalist who had been on hunger strike for more than four months to protest his prolonged detention without charges in Egypt walked free Tuesday to cheers.

The mother, wife and brothers of 26-year-old Abdullah Elshamy met him as he walked out of a police station in a northern Cairo suburb. Egypt's prosecutor general had ordered his release, citing "health conditions."

Elshamy, once a chubby young man, looked gaunt and frail as he left the station in Nasr City still dressed in a prison uniform.

"I won," he told reporters. His family said they would take him to a hospital.

His detention, along with the trial of other Al-Jazeera journalists, was related to the sweeping crackdown on Islamist supporters of ousted President Mohammed Morsi since the military overthrew him last year. Egyptian officials accused the network of supporting Morsi's Muslim Brotherhood. The Qatar-based network denied the allegations

Hours earlier, a Canadian-Egyptian journalist for Al-Jazeera imprisoned in Egypt said he is hopeful that Elshamy's release on medical grounds means he too will be freed.

Mohammed Fahmy spoke from a private hospital where he had a medical checkup on his shoulder, an injury that's worsened during his six-month imprisonment.

"We are very confident we are going to be next," said Fahmy as he stepped out of the prison car, handcuffed to a policeman. "We have rebuffed everything that they brought against us" during the trial.

Fahmy and two other Al-Jazeera English journalists are on trial for terrorism-related charges, the first such case against reporters in Egypt. The verdict in the trial that began in February is expected Monday.

Fahmy, a former producer for CNN and contributor to other Western media outlets, is accused of belonging to the Muslim Brotherhood, a charge he dismisses as baseless. The defendants also include Australian-award winning journalist Peter Greste and Baher Mohammed, another Egyptian reporter for the station.

Through the bars of his defendants' cage, Greste told CBS News' Alex Ortiz in April that the charges are "a big joke."

They are charged with providing a platform for the Muslim Brotherhood and Morsi. The three have been imprisoned since Dec. 29. Six other Al-Jazeera staffers, including two Britons, are being tried in absentia.

The case has caused an outcry among journalists and rights groups, who say their prosecution was politicized and undermines freedom of expression in Egypt.

The prosecution was a reflection of the tension between Egyptian authorities and the network. The Egyptian government accuses Al-Jazeera of being biased toward Islamists. The network denies the allegations against it and its detained staffers.

Elshamy had been held since August without charges when he was swept up with other protesters following the violent dispersal of a pro-Morsi sit-in that left hundreds dead.

"This is a relief rather than a cause for celebration. Abdullah has been through a terrible ordeal for over 10 months," the statement issued early Monday said. The network called for the release of the three other journalists on trial.

Fahmy appeared upbeat in the hospital. He said he considered the case a "misunderstanding" and wished authorities won't let the case continue to harm Egypt's name.

Fahmy has been the most outspoken against the charges during his trial. He has submitted letters to the court from such some prominent figures in Egypt, such as former Arab League Secretary-General Amr Moussa, who oversaw the committee that drafted Egypt's current constitution.

Moussa wrote that Fahmy was "known as competent, has integrity and is objective."

Fahmy has complained that medical negligence caused his shoulder not to heal. Authorities finally allowed him to seek private medical care while in custody. On Tuesday, a new report showed that he would need surgery to fix a fractured bone.