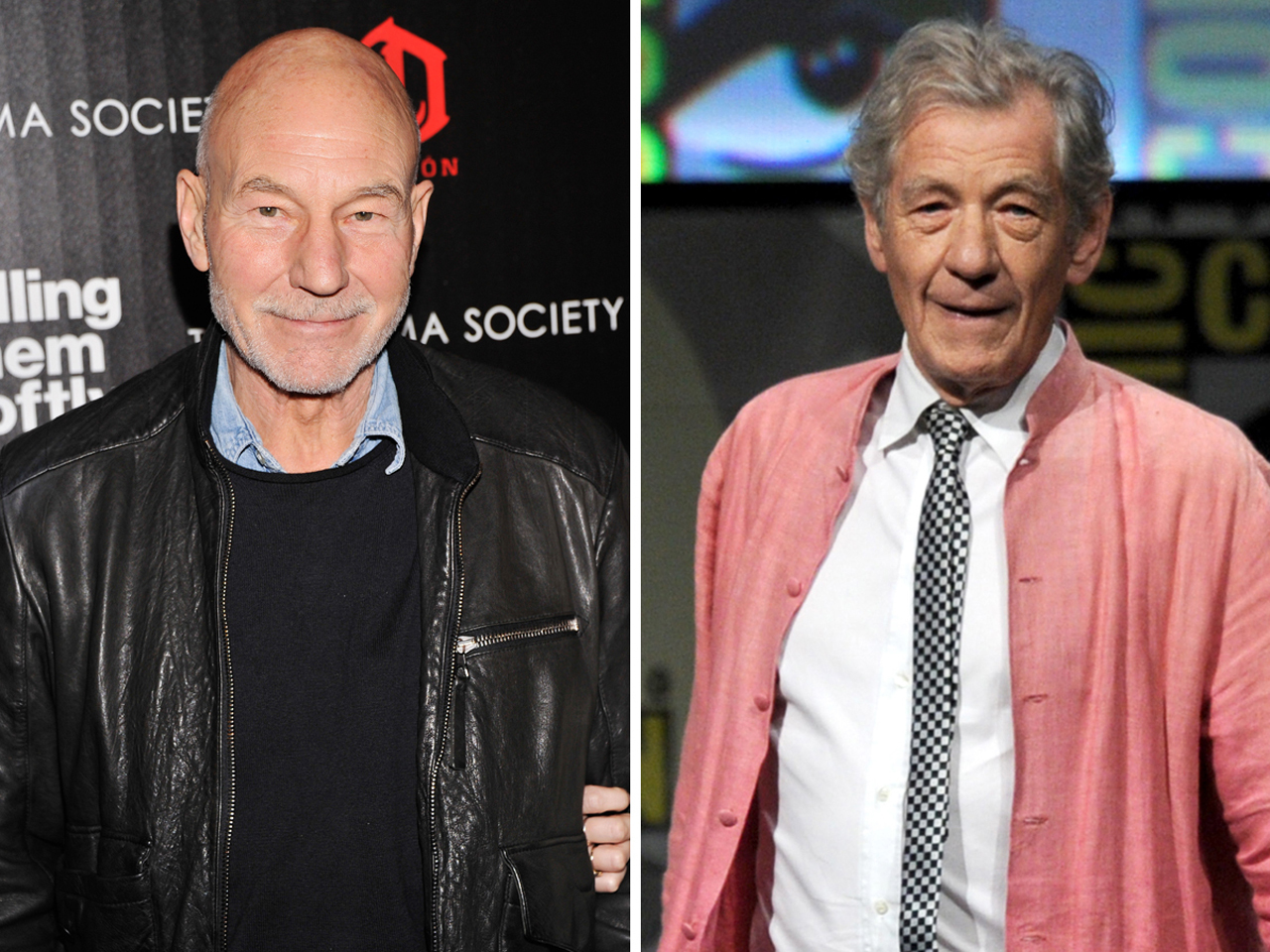 Yup, it's true. McKellen is literally marrying Stewart -- but not in the way it sounds. McKellen announced on the British talk show "The Jonathan Ross Show" that he will preside over his 72-year-old "X-Men" co-star's upcoming nuptials to jazz singer Sunny Ozell, 35.

McKellen and Ross covered a wide range of subjects (the whole 15-minute interview is quite entertaining, we suggest watching it if you have the time), but when the topic of "X-Men: Days of Future Past" came up, the award-winning actor announced, "I'm going to marry Patrick," resulting in some hardy chuckles from the audience until he clarified, "How else do you put that? I'm going to officiate at his wedding."

And apparently this is not the first time that McKellen, 73, has presided over a wedding -- he's united another couple in the U.K., "with two guys having a civil partnership. I was crying my eyes out," he said. He wore a white gown to that affair, "something I bought in India that was rather fetching. You mustn't upstage the bride."

To which Ross quickly responded: "How can you not upstage [the bride] if you're floating in like some sort of cherub?"

We're betting McKellen won't be wearing a white gown this time around, lest he have a very angry bride on his hands. Though she'd likely be OK with him donning his Gandalf the White garb -- who wouldn't want Gandalf the White to marry them?

The entire interview is fabulous, but speed ahead to 11:03 for the wedding news: