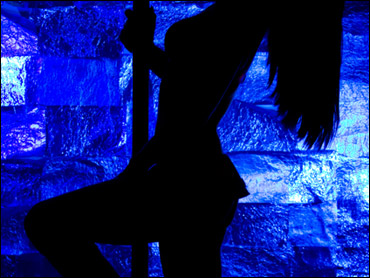 In a break with liberal European practice, Iceland has voted to ban striptease shows, making it an offense for any business to profit from the nudity of its employees.

Iceland's legislature, the Althingi, passed the ban Tuesday night, with just two abstentions and no votes against, although almost half the country's 63 lawmakers were absent.

Both opponents and supporters of the bill said Wednesday it was a European first. With the exception of the Vatican and tiny principalities like Andorra, strip clubs operate across the continent.

"I am quite happy about Iceland being the first European country to take this step," said Steinunn Valdis Oskarsdottir, a Social Democrat lawmaker who supported the ban.

"Women who work at strip clubs are in many cases the victims of human trafficking and other kinds of abuse," she said. "I have been working in this field for almost 15 years and not yet have I met one woman who dances at strip clubs because she wants to."

Nude dancing was already heavily regulated in Iceland, a volcanic North Atlantic island nation of just 320,000 people, and only a handful of clubs feature stripping.

Kolbrun Halldorsdottir, a former lawmaker who was the first to propose the bill, said the law made it clear "that society does not accept that access to a woman's body is sold."

Club operators dispute the notion that strippers are unwilling victims.

"They are closing striptease (clubs) because they think there is prostitution there," said Asgeir Davidsson, owner of Iceland's largest strip club, Goldfinger. "They think there is organized crime. They have been thinking this for 12 years. They have had the police running around, and they have not found anything."

Davidsson said he would fight the ban, which takes effect July 1.

"I have to talk to my lawyer," he said. "What do they call nude? Is it nude if they are wearing a string?"

Davidsson said his profits already had been hit by Iceland's economic crisis, which has seen unemployment soar and the krona currency plummet after the global credit crunch triggered the collapse of the country's high-flying banks. Iceland is seeking help from the International Monetary Fund to rebuild its economy.

Davidsson said that given the country's dire situation, legislators were "like Nero - playing the violin while Rome is burning."

Iceland combines liberal social values with a strong women's movement, and almost half the country's legislators are women.