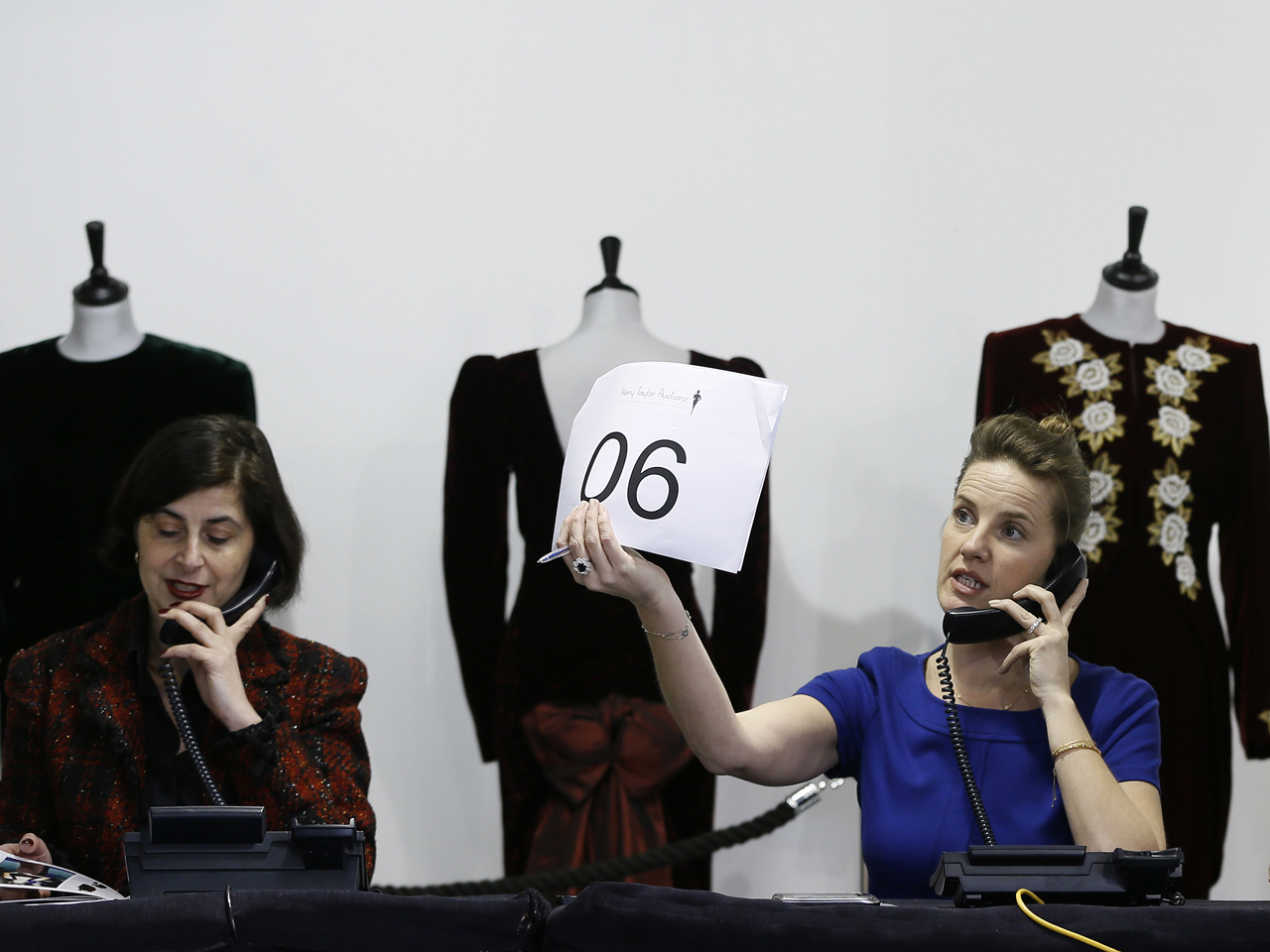 A collection of some of Princess Diana's most memorable evening gowns -- including the one she wore when she danced with John Travolta at a White House dinner -- fetched more than 800,000 pounds ($1.2 million) at a London auction on Tuesday.

Diana famously wore the deep navy, figure-hugging velvet gown to a gala dinner hosted by President Ronald Reagan, during her and Prince Charles' first joint state visit to the U.S. in 1985. Photographs of her taking to the White House dance floor with Travolta have become some of the most celebrated images of the princess.

The Victor Edelstein gown was sold for 240,000 pounds, Kerry Taylor Auctions said. It came slightly below the expected maximum price of 300,000 pounds.

The auction house did not disclose the identity of the buyer, only saying it was sold to a "British gentleman as a surprise to cheer up his wife."

Nine other of Diana's dresses were sold to bidders, which came from around the world and included three museums, the auction house said.

Two dresses by Catherine Walker, one of Diana's favorite designers, went for 108,000 pounds each. They were a black velvet, beaded gown worn for a Vanity Fair photo shoot by Mario Testino at Kensington Palace in 1997, and a burgundy crushed velvet gown the princess wore to the film premiere of "Back to the Future" in 1985.

Diana sold dozens of her dresses at a New York charity auction at the suggestion of her son Prince William in 1997 -- just three months before she died in a Paris car crash. Florida-based socialite Maureen Dunkel bought about a dozen of the dresses and put them up for auction in Canada in 2011, but the prices were set too high and many didn't sell.

In January, a photo of a teenage Diana Spencer before she became the Princess of Wales that was marked "not to be published" was also sold at auction, where it went for more than $18,000.