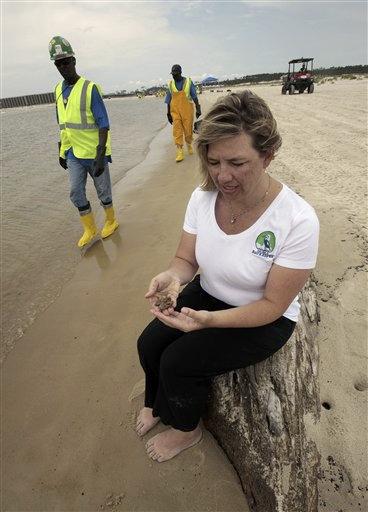 It's been just over a month since the last of the big hurricanes passed through Florida. But while the power is on and the roads are passable, many residents are still waiting for assistance and wading through damage.

The Early Show revisited one such resident who, thanks to a big assist from the show's viewers, is putting his life back together.

Nearly 650 homes were destroyed in Brevard County, and an estimated 1,400 others are no longer inhabitable, among them that of Jean Tourniere.

The Early Show co-anchor Harry Smith met Tourniere in late October, the day after Hurricane Jeanne pushed the Indian river over its banks and into Tourniere's home.

He told Smith that day he hadn't evacuated out of concern for his two dogs: "I couldn't carry both of them because the wind was so strong. So I had to stay there and put them on the cover of the Jacuzzi and hold them all night."

They all survived, unlike Tourniere's house.

He told Smith he had no insurance but, "I'll get by; I'll get by somehow."

Tourniere's story sent many viewers of The Early Show to their phones and computers with offers to help.

He said the outlook was bleak: "One thing I'm really concerned about is the walls, because that's a big part of the structural integrity" of the house. Warren said the walls simply weren't safe anymore.

But he offered Tourniere another option: A second building on Tourniere's property, which Tourniere had been renting out, was salvageable, though it, too, was damaged.

Tenant John Diggs also stayed put during Jeanne. "Just about everything in the house got destroyed," he says. "I managed to get into the bathroom and tried to hold the door shut and keep everything from coming in there, which I was unsuccessful at."

In addition to repairing Diggs' apartment, Kaile suggested restoring a second, larger unit for Tourniere, a move that would return the retired fisherman to living by the river's edge.

"I love living by the water," Tourniere says. "I am more restful when I am by the water. The river means life to me, the water."

Turning both apartments into livable space would require a lot of help, so Kaile drafted volunteers from Rent-a-Husband and Ace Hardware to help hasten the renovation.

While debris was being removed and floors were swept, scraped and mopped, Kaile went shopping. First, he went to Ace Hardware for building materials and paint. Then he arrived at Bed, Bath and Beyond for a few carts full of new home furnishings.

Back at the house, problems slowed progress as workers discovered the home's water supply was destroyed. Thankfully, a local plumber volunteered to install a new system.

In just three days, both apartments were ready for finishing touches and a truckload of new furniture from Rooms-to-Go.

Then, the apartments were ready.

"Welcome back home," Kaile said to Tourniere. "What do you think?"

"It's beautiful," Tourniere exclaimed. "I love it. I can't believe you guys have done that for me."

A month ago, Jeanne made a mess of the building, and now it's been transformed into a comfortable new home for both Tourniere and Diggs.

While Tourhiere is still undecided on what will become of his former residence, he and Diggs are relieved to have a home, Smith says, and both are more likely to evacuate if faced with another storm.

The Early Show thanks the following for their generous donations to help make this story possible:
Rent-a-Husband
Ace hardware
Rooms To Go
Bed Bath & Beyond
PETsMART