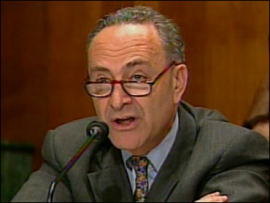 The repeated warnings apparently aren't getting repeated often enough for some people. Make that, a lot of people.

In its latest State of the Net survey, Consumer Reports found that 52% of "adult users" still post what it describes as risky personal information on social networks.

And that was just for starters. The survey also found that many people don't bother hiding their personal data by using the social network's privacy controls. What's more, roughly 23 percent of Facebook users either didn't know they could use privacy controls or else decided they weren't worth using.

A projected 1.7 million online households had experienced online identity theft in the past year.

An estimated 5.1 million online households had experienced some type of abuse on a social network in the past year, including malware infections, scams, and harassment.

The publication of the report was coincidental but it hit the wires little more than a week after Sen. Charles Schumer (D-NY) urged the Federal Trade Commission to toughen up social networking privacy guidelines. Schumer said he wanted the agency to examine social-networking privacy disclosures and "ensure they are not misleading or fail to fully disclose the extent to which they share information...(and) provide guidelines for use of private information and prohibit access without user permission."

The fact that so many people who use social networks apparently couldn't care less about their privacy makes the contrast all the more striking.