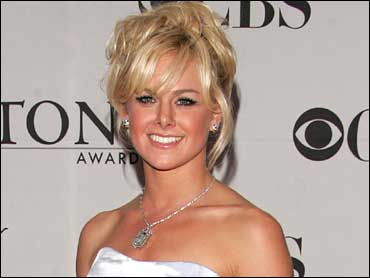 House Republican leaders scrambled to bring their own ranks in line Thursday as a plan to make it harder for illegal immigrants to cross the border and get jobs ran into resistance.

"There's kind of a left-right coalition against it," Rep. Jeff Flake, R-Ariz., said of the border and workplace security bill as his party's leaders delayed a vote on a procedural measure needed to advance the legislation.

Supporters of the legislation defended their approach of acting to cut off the flow of illegal entrants before turning to the tougher issues of a guest worker program, backed by President Bush, or other means to fill the jobs that now attract millions of undocumented workers.

"Until the borders are protected we cannot have any kind of meaningful immigration reform," Homeland Security Committee Chairman Peter King, R-N.Y., said.

But almost all Democrats, and several border-state Republicans such as Flake and fellow Arizonan Jim Kolbe, pushed for a more comprehensive package that dealt with the estimated 11 million illegal immigrants already in the country. Other Republicans were unhappy that the border security measures weren't tougher.

The GOP bill "does nothing to solve the real problems of illegal immigration," Kolbe said. "In fact it's worse than nothing."

Senate Majority Leader Bill Frist, R-Tenn., says the guest worker issue will be on the table when the Senate takes up immigration reform in February. The main controversy is over whether the estimated 6 million illegal workers should have to leave the country before applying for a temporary worker program.

The bill also outlines increased penalties for smugglers and those re-entering illegally, authorizes police along the border to enforce immigration law, makes illegal presence in the United States a criminal offense and, most significantly, requires all employers to check on the legal status of workers.

Randel Johnson of the U.S. Chamber of Commerce said in a telephone news conference Wednesday that the House bill was unacceptable to the business community because of "huge concerns" that the requirement to submit Social Security numbers and other vital statistics to a central database was unworkable. Companies that don't verify the legal status of workers would be subject to penalties.

"We would be more comfortable if it was just applicable to new hires for several years," he said.

Acting House Majority Leader Roy Blunt, R-Mo., said Republicans would work with their business allies on the verification program but added, "this is an issue that really they don't get to determine."

Critics of the bill also predicted that increased penalties and provisions for expedited removal of illegal entrants would drive those in the country illegally further underground.

Bishop Thomas Wenski of the U.S. Conference of Catholic Bishops, in the telephone news conference, questioned whether criminalizing illegal presence could implicate the good Samaritan who gives an illegal immigrant a glass of water.

The House Rules Committee on Wednesday was deciding which of more than 120 proposed amendments would be accepted for debate.

Among the proposals were limiting birthright citizenship to the children of U.S. citizens or permanent legal aliens, requiring proof of citizenship for federal elections, cutting foreign aid to countries that don't cooperate on immigration laws, building a fence along the border, using military personnel to help secure the borders and barring entry to pregnant women seeking to give birth in the United States.
By Jim Abrams