Political campaigns for the 2010 elections are kicking off across the country, and CBS News Political Director Steve Chaggaris will be regularly tracking their developments here at the Hotsheet.

There is little analysis to provide at this point, with the midterm election season in a relatively early state, but Chaggaris has pulled together news from the most important campaigns to watch over the next year. In states like Florida and Texas, the national controversy surrounding the community organizing group ACORN has seeped into statewide races. Meanwhile, the Republican Party's senatorial fundraising arm has pulled in some noteworthy support. 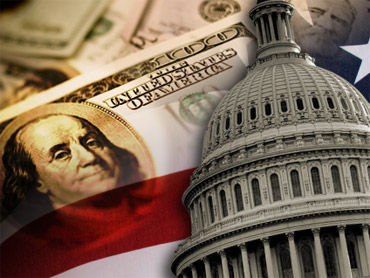 (iStockphoto)
2010 FUNDRAISING: "The National Republican Senatorial Committee (NRSC) has outraised its Democratic counterpart for the second consecutive month, ending August with a larger net bank account," writes The Hill's Reid Wilson. "The NRSC pulled in just under $3.1 million last month, beginning September with $5.1 million in the bank. The committee ended the 2008 cycle with considerably less debt than the Democratic Senatorial Campaign Committee (DSCC) and does not owe any creditors.

"'Families in Colorado and across America need (Bennet) in the United States Senate to help us revitalize our economy, improve our public schools and pass health-insurance reform,' Obama said in a statement released by the White House...

"The direct endorsement of a president still enormously popular among progressive voters is perhaps the biggest hammer that national Democrats can bring to Bennet's primary battle against former Colorado House Speaker Andrew Romanoff, and they wasted no time in wielding it."

CONNECTICUT SENATE: "The latest public polling shows a glimmer of good news for U.S. Sen. Chris Dodd, as the Democratic incumbent closed the gap with former U.S. Rep. Rob Simmons, one of a growing field of would-be challengers in the 2010 Senate race," writes The Day's Ted Mann.

"But Dodd, in the poll released Thursday by the Quinnipiac University Polling Institute, still trails Simmons, 44 percent to 39 percent, in a prospective head-to-head matchup.

"And while Dodd's favorability ratings have improved somewhat from their lowest levels this summer, 49 percent of voters disapprove of his performance as senator, compared to 44 percent who approve of the job he has done."

Douglas Schwartz, the director of the Quinnipiac Poll, told the Day, "About 40 percent of voters will vote for anybody but Dodd, as evidenced by their willingness to vote for Republican candidates they haven't heard of... Simmons, the only challenger with any name recognition, gets 44 percent of the vote." 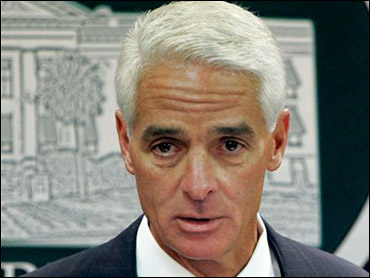 "Crist's challenger for the GOP nomination for U.S. Senate in 2010 invoked the storm in a letter Thursday. 'Despite what now seems to be a prescient chorus of concerned parties asking for an investigation into ACORN's elected-related activities, you insisted that you were unconcerned,' wrote former House Speaker Marco Rubio of Miami. 'In light of the recent allegations against ACORN, I suggest you reconsider your position.'

"Rubio was alluding to comments Crist made in October that he did not think voter fraud and the vote-registration group ACORN were a major problem in Florida. 'As we're coming into the closing days of any campaign, there are some who enjoy chaos,' Crist told reporters, an apparent rebuke to some fellow Republicans."

CALIFORNIA GOVERNOR:"Attorney General Jerry Brown said Wednesday that he remains undecided about running for governor next year but suggested he'd hold the line on taxes if he does run and win," reports the Sacramento Bee's Jack Chang. "Brown, who served as governor from 1975-83, appeared with three other potential candidates at a forum at Santa Clara University – the largest gathering of hopefuls in the still-young run-up to next year's election...

"Recent polls show Whitman leading the Republican field with Campbell in second and Poizner coming in a distant third, while Brown leads Newsom among the Democrats. Whitman and Poizner are both billionaire former Silicon Valley CEOs who are pouring their own personal wealth into their campaigns."

TEXAS GOVERNOR: "As controversy over the advocacy group the Association of Community Organizations for Reform Now flared from Washington into Texas this week, state politicians quickly began lining up to oppose federal financing for the group and to cut off any state financing," reports the Waco Tribune's Mike Ward. "The issue became a flashpoint in the Texas governor's campaign, with incumbent Republican Gov. Rick Perry blasting GOP U.S. Sen. Kay Bailey Hutchison for skipping a vote on the issue to attend a fundraiser. Hutchison fired back with a photo showing Perry in 2005 surrounded by ACORN members as he signed a bill they supported."