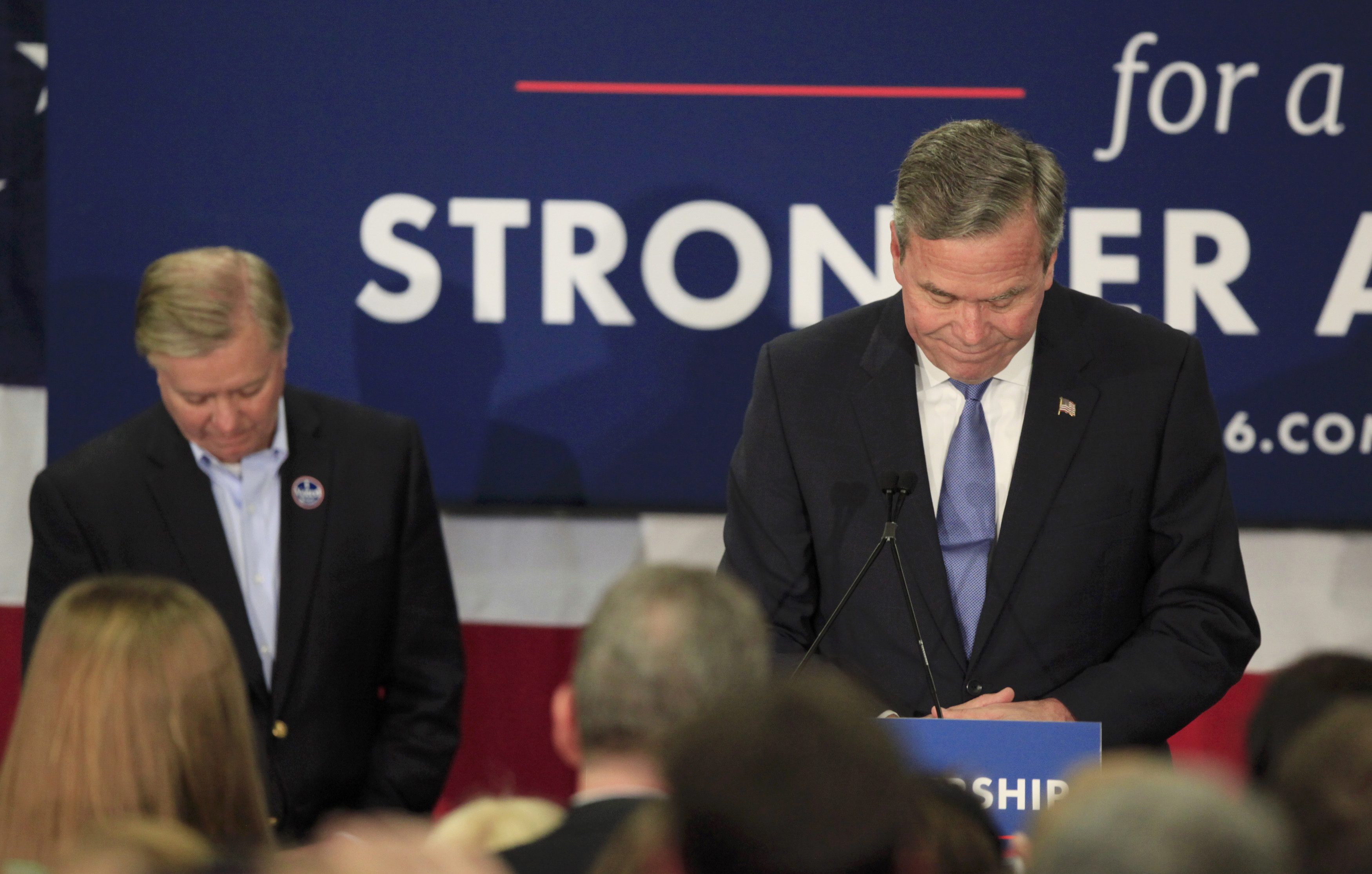 In his first television interview since exiting the White House race in February, Jeb Bush looked ahead to July and the chance that a contested Republican convention could buck a Donald Trump nomination.

"There's a possibility that he won't get 50 percent on the first ballot," Bush told CNN, which aired portions of the interview Thursday. "And if he doesn't do that, there are a whole lot of people who don't believe he's the proper guy."

Asked whether he believed the Republican party should rally around Trump if he does win, Bush hedged his answer, saying instead that "I think they should support Ted Cruz." Bush also said he himself was a Cruz supporter.

"She takes on Trump really well, I think, and she takes on Hillary Clinton very well as well," Bush said. "Someone who's got a proven record and who's been vetted as a candidate, I thought, was a smart move by Ted Cruz."

The former Republican candidate, once Trump's favorite "low-energy" punching bag in the race, complained that Trump was not a "serious person" and that the billionaire's seemingly dual personalities would make him an unstable chief executive.

Despite Trump's dominance in the GOP field, Bush reflected that he had few regrets when it came to his own failed presidential bid.

"I don't think about it too much," Bush told CNN. "I've concluded that whatever mistakes I made -- and I certainly made them -- probably wouldn't have changed the outcome."