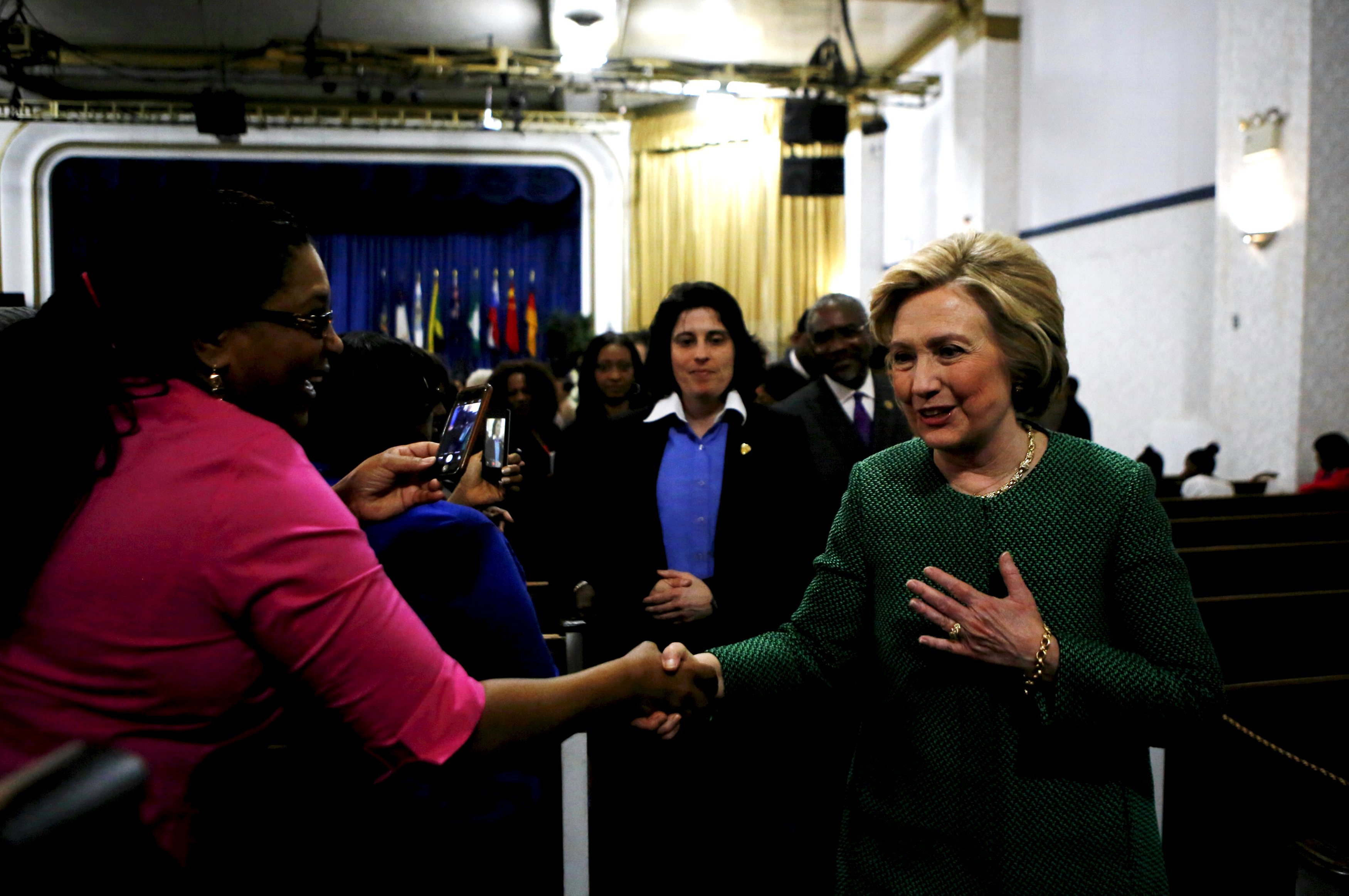 NEW YORK -- Locked in a drawn out battle for the Democratic nomination, Hillary Clinton emphasized her own commitment to unity while she campaigned in New York on Sunday.

"What is it we are called to do outside this magnificent cathedral," she asked, speaking at the Greater Allen AME Cathedral of New York, in Queens. "I think it is to unify around the basic American idea that if you work hard and you do your part you should be able to get ahead and stay ahead."

Clinton said that some Americans are "disappointed" in politics and "frustrated" with the economy, even "heartsick."

"I know we have work to do," she said, "but we should be not only unified but joyful about doing that work."

Clinton then recounted her tough fight for the nomination with then-Sen. Barack Obama in 2008. Clinton stayed in the race until June, months after Obama's allies started calling on her to drop out.

"When it was over and he won, I immediately endorsed him," she said. "I nominated him at the Democratic convention. I was so happy when he won because it was exactly the right thing for our country."

She remembered traveling to Indonesia early on in her tenure as secretary of state, and a television host asking her how she and Obama overcame their differences.

"Because we both love our country," she said she replied, "and we both want to serve it and help people and improve it and put it on a steady, stable path to the future."

Clinton added: "I still believe that. That is what being president should entail."

Church has become ritual for Clinton on the campaign trail. She made stops at three different churches on Sunday, as she did last Sunday in Brooklyn. Over the course of the primary season, Clinton has also spoken to congregants gathered for Sunday service in Tennessee, Nevada, Iowa and Ohio.

She often asks directly for churchgoers' votes and Sunday was no exception.

"Being President is more than just whipping up a crowd," she said at New Greater Bethel Ministries, her third and last stop. "If you want to get something done and get results for people, you've got to have a plan."