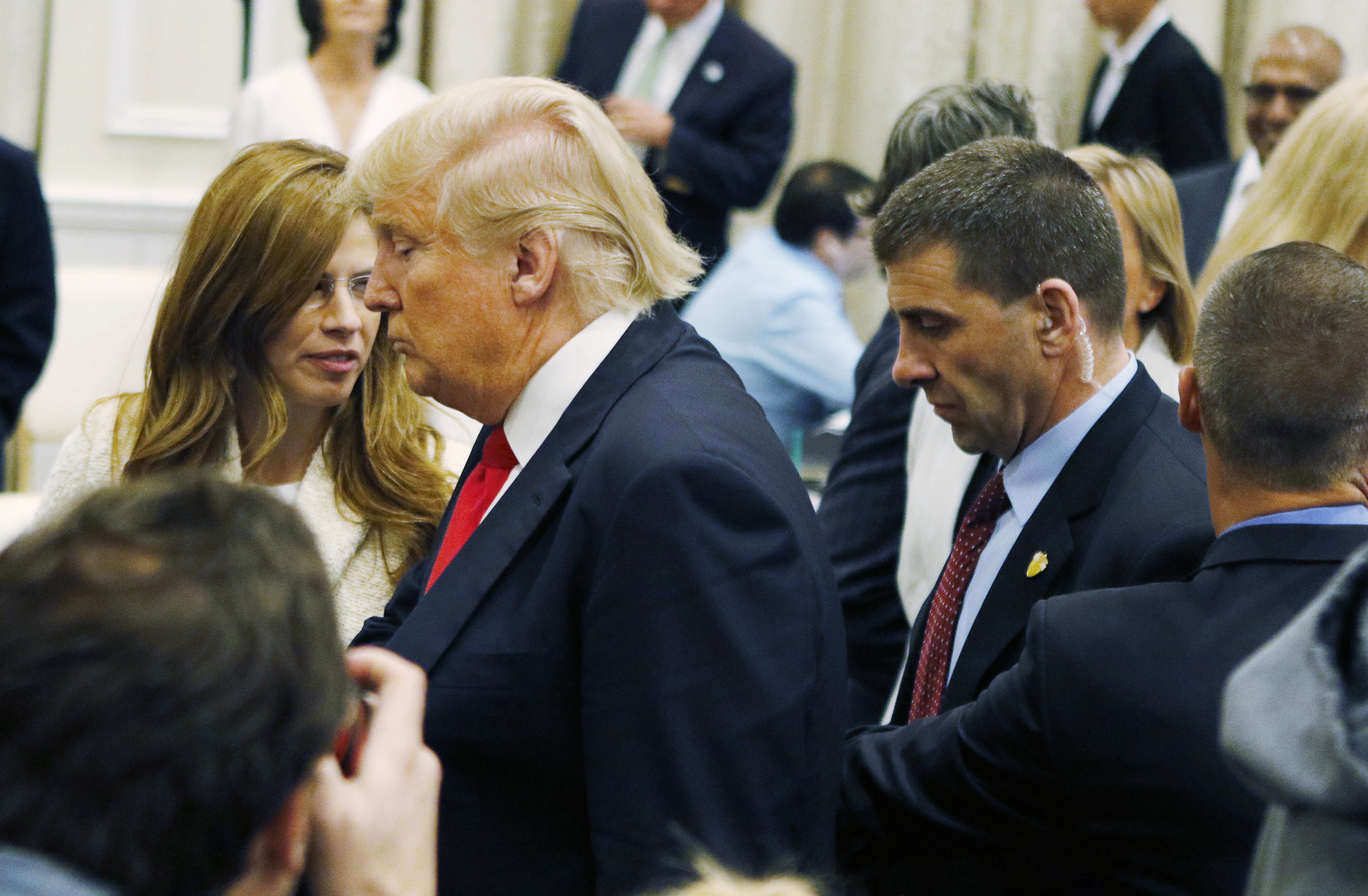 The charges put Breitbart, Fields' former employer which cast doubt on her account of the incident at the time, in a tough spot--as does video surveillance footage accompanying the charges, which clearly shows Lewandowski grabbing Fields.

As a result, at least one Breitbart staffer is now saying the video changes his understanding of what happened and acknowledging he was wrong. Joel Pollak, the senior editor-at-large who initially told other staffers to stop posting about the incident on social media, said on Twitter Tuesday that the video footage proves Fields' account of the incident.

"That's pretty conclusive, even with the freeze framing," he tweeted, adding: "Clearly I was wrong; @bterris right." (Ben Terris, a reporter at the Washington Post, witnessed the incident and wrote about it in a story.)

Fields alleged that Lewandowski forcibly grabbed her arm while she was trying to ask Trump a question following a campaign rally in Jupiter, Fla. She tweeted photos of finger-shaped bruises on her arm and filed a complaint with local police. Lewandowski responded by calling Fields an "attention seeker" and saying he'd never met her before; Trump and other campaign aides also defended Lewandowski and said Fields was misrepresenting what happened.

The admission from Pollak comes weeks after top Breitbart editors took the Trump campaign's side in the dispute, publishing a story that raised doubts about Fields' account of the incident. That was followed by messages from Pollak to the rest of the staff telling them to stop defending Fields and "coordinate our responses."

"Given the similarity in appearance between Lewandowski and the security official, and given the fact that Lewandowski was walking on the other side of Trump from where Fields was at the time, the possibility of mistaken identity cannot be ruled out," Pollak wrote on the website at the time.

Following those events, Fields and editor-at-large Ben Shapiro both resigned from the news organization, citing treatment of Fields.

"I do not believe Breitbart News has adequately stood by me during the events of the past week and because of that I believe it is now best for us to part ways," Fields told BuzzFeed News at the time.

In the wake of Fields' and Shapiro's departures, other Breitbart staffers headed for the exits in what became a small exodus from the publication. Others include spokesman Kurt Bardella, national security correspondent Jordan Schachtel and associate editor Jarrett Stepman.