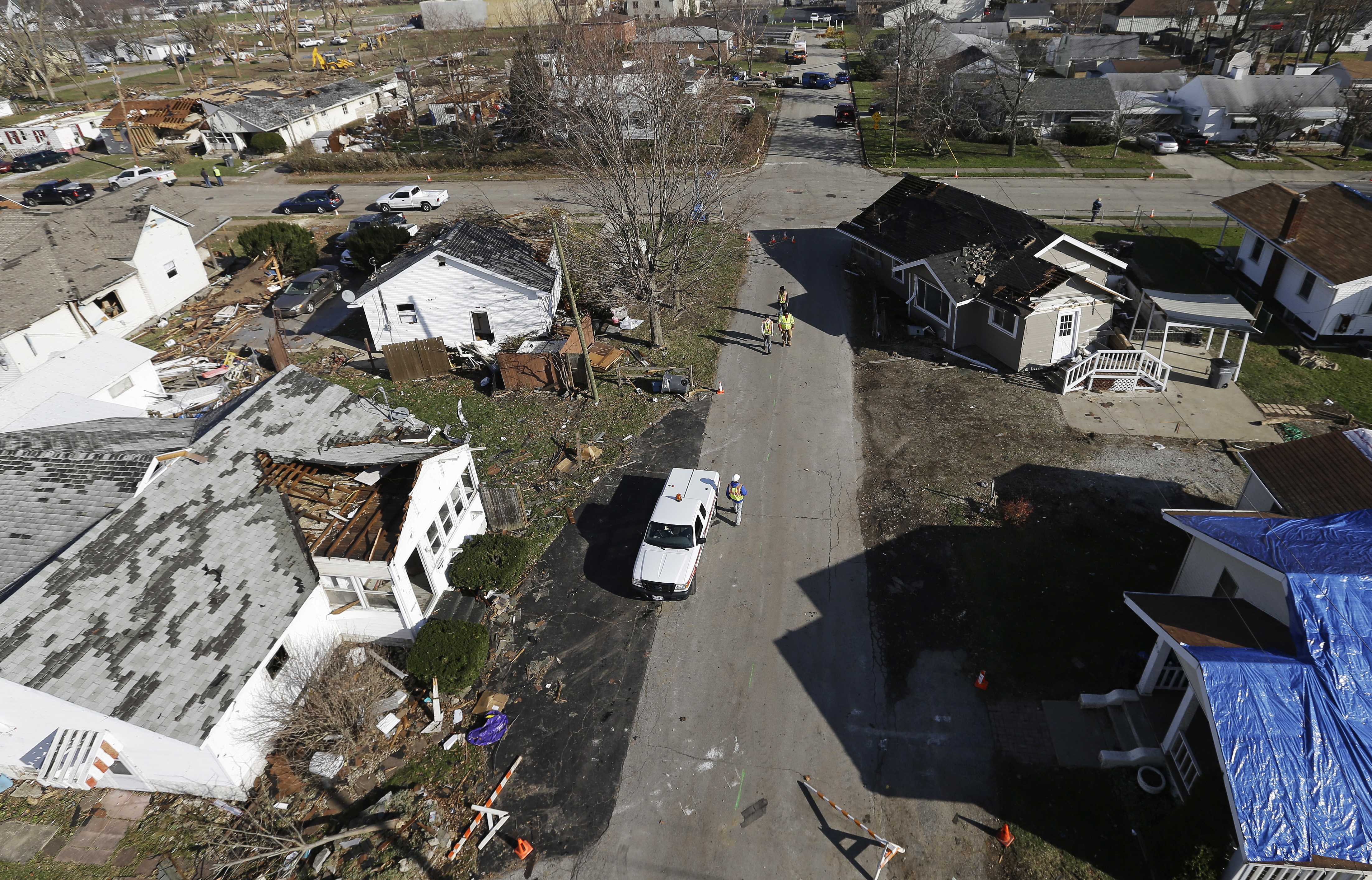 MELLOTT, Ind. -- An Indiana woman said she expects to be reunited with her dog Wednesday after he wandered 45 miles from home following a tornado last month and was adopted by a new owner.

The 3-year-old boxer named Rosco was being returned by his new owner Tuesday to the Clinton County Humane Society and reunited with Kyla Robinson of Mellott on Wednesday, she told the Journal and Courier.

Rosco's adoptive owner, who originally planned to keep the dog, agreed to give him up after being moved by news accounts that the dog would not be reunited with Robinson and her family.

"This lady does have a heart, and she was just thinking of her children too," Robinson said of the adoptive owner. "It's not her fault that Rosco went missing, and I am so thankful that she is giving Rosco back."

Rosco's odyssey began Nov. 17 when a tornado badly damaged Robinson's home in Mellott, a small town 60 miles northwest of Indianapolis, while the family was attending a baby shower.

The day after the twister, a man spotted Rosco wandering without tags about 45 miles from home and brought him to the Clinton County Humane Society, where he was adopted six days later.

The Robinsons learned about Rosco's whereabouts after a neighbor volunteered to help find him by posting information online.

The animal shelter was contacted by a volunteer who saw a post about the dog on Facebook.

Clinton County Humane Society director Jim Tate contacted Robinson on Dec. 6 and explained that Rosco was fine but had been adopted in accordance with the shelter's policy of holding animals for five days before putting them up for adoption. He said once an adoption takes place the new owner has legal possession and the shelter has no authority to return the animal to the original owner.

The shelter brought the new owner together with Robinson.

Robinson said her 10-year-old daughter, Madison, initially was upset that Rosco had been found but couldn't come home.

"We had something horrible happen to us, and it just sucks that we can't have him home," Robinson said before the new owner relented.