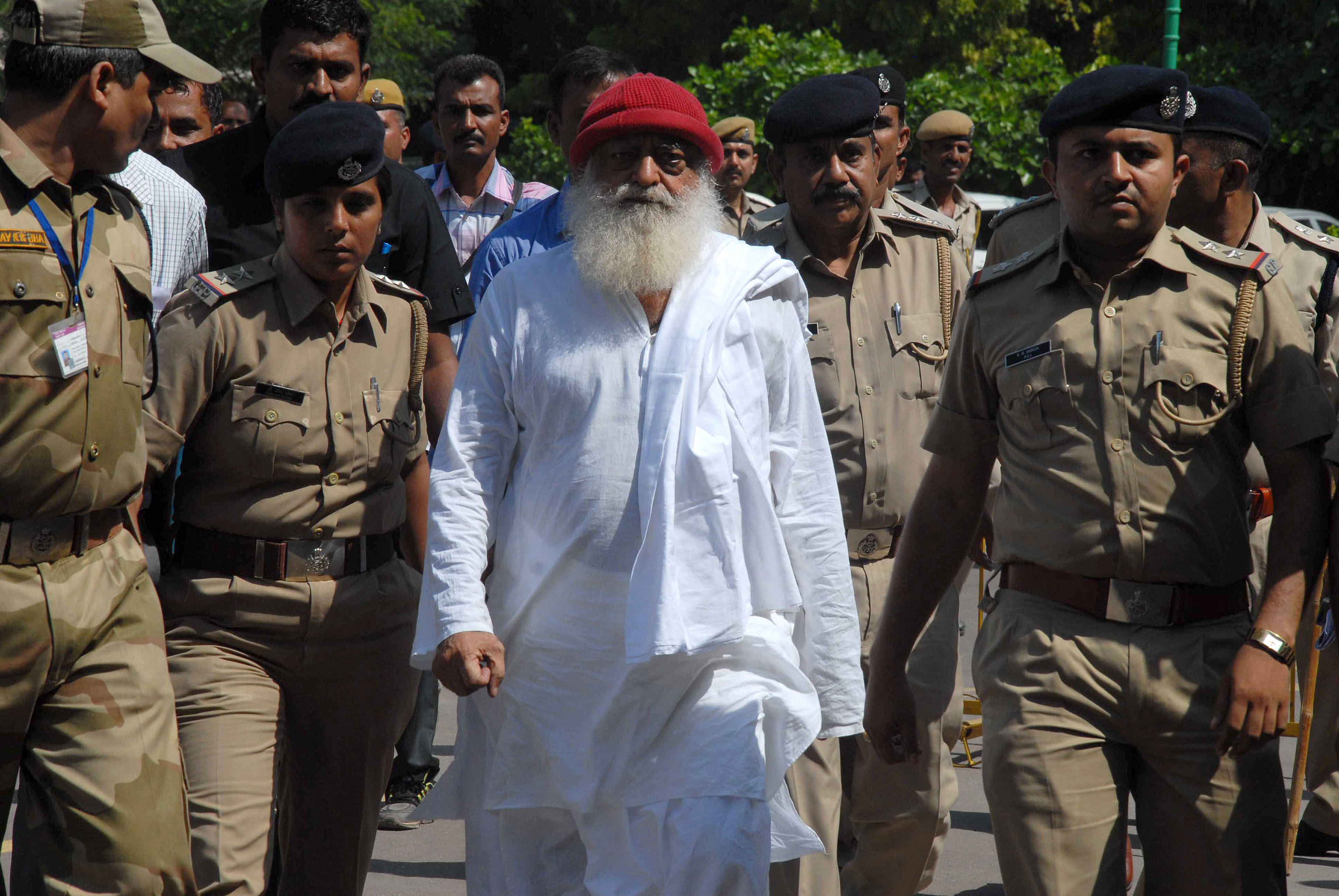 NEW DELHI -- An Indian court on Wednesday found a high-profile spiritual guru Asaram Bapu guilty of raping a teenage female devotee in 2013 and sentenced him to life in prison. The verdict against 77-year-old Bapu was read out inside a prison in the city of Jodhpur in Rajasthan state because of fears that his followers may resort to violence.

The case is the latest in a series of high-profile rape cases in India that have fuelled public protests and raised questions about how police handle the cases and treat the victims.

After that sentencing, about 100,000 of Singh's followers converged around the court in Haryana state and went on a rampage. Three hours of violence, arson and clashes between his followers and security personnel left 38 people dead and more than 200 injured.

Judge Madhusudhan Sharma announced the prison term for Bapu after the verdict was issued, and after hearing arguments from the prosecution and Bapu's attorneys.

Bapu has denied the rape and can appeal his conviction in a higher court.

The girl in her complaint to the police in 2013 accused Bapu of raping her when she visited his retreat in Jodhpur with her mother. The girl's family said they had been followers of Bapu for more than a decade.

Bapu has been in prison since his arrest in the case in 2013.

On Wednesday, security was tight around the prison complex and in states where the self-styled guru has a considerable following.

Religious sects wield considerable political clout in India with several politicians as followers. Asaram is also on trial along with his son Narayan Sai in a separate rape case where two sisters have accused the two men of sexual assault.