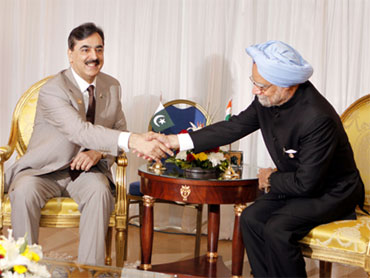 Airline passengers across India went through extra security screenings Friday and sky marshals were placed on flights as the government put its airports on high alert amid reports that al Qaeda-linked militants planned to hijack a plane.

A hijacking, especially one launched by Pakistan-based militants, would send tensions soaring between the two nuclear-armed rivals and be a huge distraction for U.S. efforts to crush the Taliban and al Qaeda along the Afghanistan-Pakistan border.

On a visit to India this week, U.S. Defense Secretary Robert Gates warned that a syndicate of terror groups was hoping to foment a new war between India and Pakistan.

India has largely been free of terror attacks since 10 heavily armed militants affiliated with a Pakistan-based militant group rampaged through the commercial capital Mumbai for three days in November 2008, killing 166 people.

India issued a terror alert at all its airports Thursday after the government received warnings about a possible attack, aviation spokeswoman Moushumi Chakravarty said.

A report in The Indian Express newspaper, which Chakravarty confirmed, said intelligence officials had uncovered a plot by militants linked to al Qaeda and the Pakistan-based Lashkar-e-Taiba group to hijack an Air India or Indian Airlines flight destined for an unspecified South Asian country.

U.K. Bansal, a top home ministry official, said security was tightened at all airports and passengers were being subjected to more intense security screenings. Sky marshals were also being deployed on some flights and the government was asking neighboring countries to step up security on India-bound flights as well, the home ministry said in a statement. The alert was expected to continue over the weekend.

Indian media said the hijack threat was uncovered during the interrogation of Amjad Khwaja, a militant leader belonging to Harkat-ul-Jihad-al-Islami, an extremist group involved in numerous terrorist attacks in India.

Khwaja was arrested in the southern Indian city of Chennai last week and was being questioned by Indian police.

Harakat-ul-Jihad-al-Islami is said to be based in Pakistan and to have similar motivation and goals as both al Qaeda and Lashkar, but it is unclear whether they have direct links.

India and Pakistan have fought three wars since they were partitioned after gaining independence from Britain in 1947. Efforts to resolve the nuclear-armed neighbor's long-running dispute over the Kashmir region were frozen after the Mumbai attacks.

During his visit here, Gates praised India for its restraint after that attack, but expressed concern that the government would have a hard time reacting so cautiously if it were hit again.

The hijacking ended when New Delhi released four Islamic militants in exchange for 167 passengers and crew.