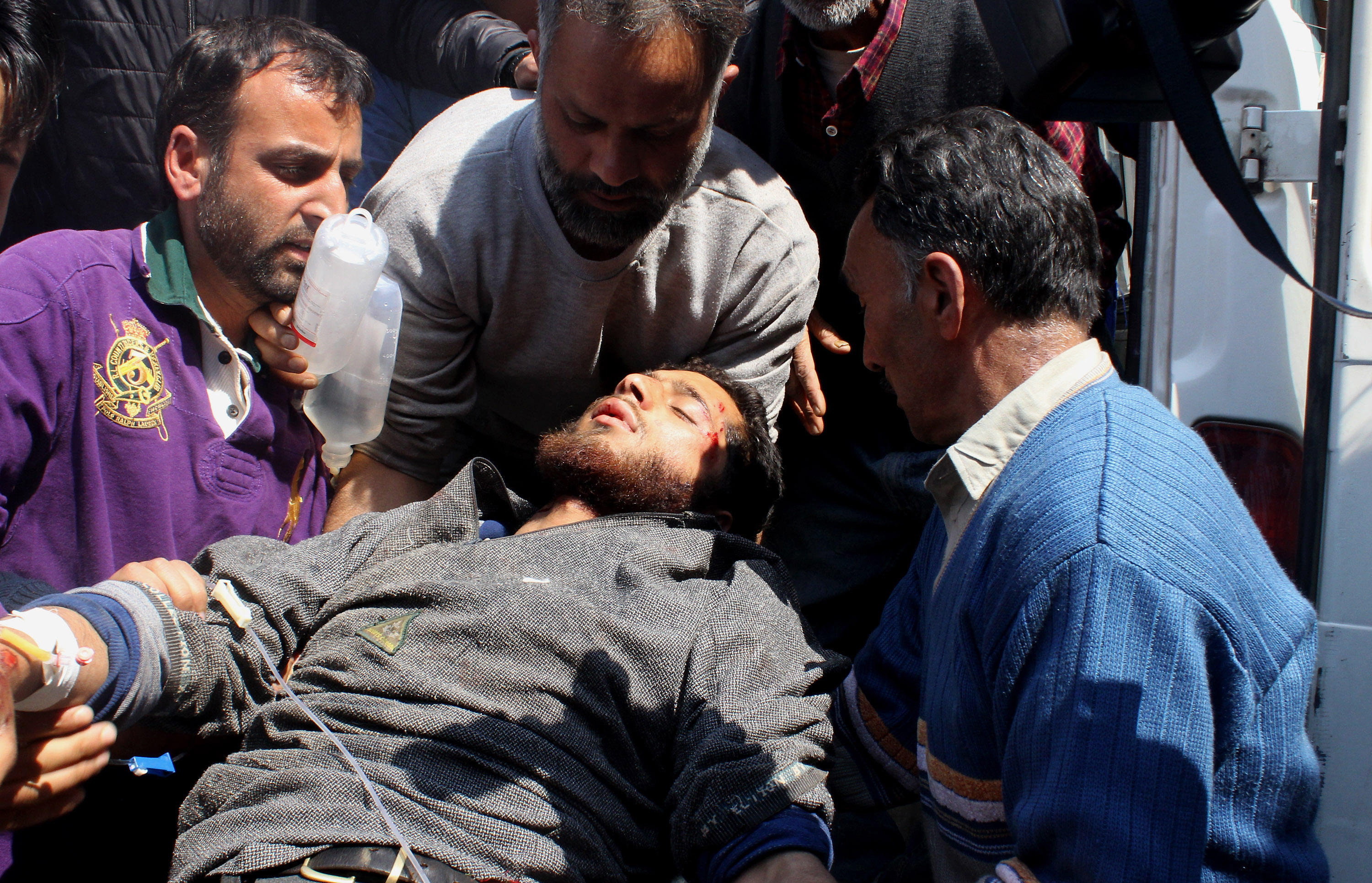 SRINAGAR, India -- A security clampdown and a strike sponsored by separatists fighting against Indian rule Monday shut most of Indian-administered Kashmir a day after deadly protests and fierce fighting killed 16 combatants and four civilians. Armed police and paramilitary soldiers in riot gear fanned out across the region Monday and are patrolling streets in anticipation of anti-India protests and clashes.

Authorities have also clamped a curfew in the old parts of the disputed region's main city of Srinagar, the urban center of protests and clashes against Indian rule.

Shops and businesses closed in other areas where no security restrictions were in place. Separatist leaders who challenge India's sovereignty over Kashmir have called for a shutdown on Monday against the killings.

Authorities shut schools and colleges and canceled university exams in an attempt to stop protests by students. They also stopped train services and cut cellphone internet services in the most restive towns, and reduced connection speeds in other parts of the Kashmir Valley, a common government practice aimed to calm tensions and prevent anti-India demonstrations from being organized.

At least 13 rebels and three Indian army soldiers were killed in Sunday's fighting in three gunbattles in the southern Kashmir where new-age rebels have revived militancy and challenged New Delhi's rule with guns and effective use of social media.

In recent years, Kashmiris, mainly youths, have displayed open solidarity with anti-India rebels and sought to protect them by engaging troops in street clashes during military operations against the militants. The protests have persisted despite the Indian army chief warning recently that tough action would be taken against stone-throwers during counterinsurgency operations.

Nuclear-armed India and Pakistan each administer part of Kashmir, but both claim it in its entirety.

Rebels have been fighting Indian rule since 1989, demanding Kashmir be made part of Pakistan or become an independent country. India accuses Pakistan of arming and training the rebels, a charge Pakistan denies.

Nearly 70,000 people have been killed in the uprising and the ensuing Indian military crackdown.