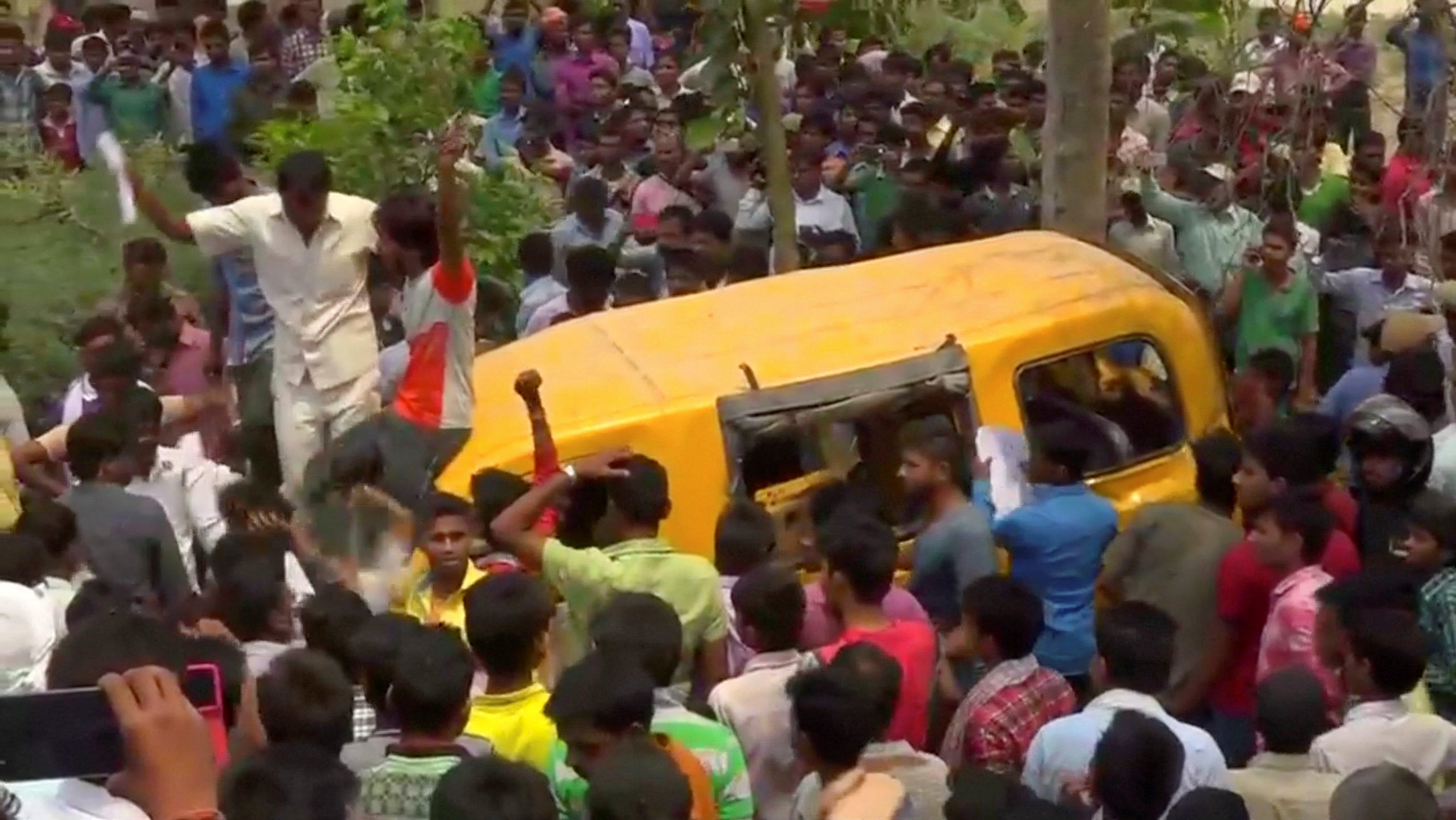 LUCKNOW, India -- A train crashed into a school van at an ungated railroad crossing in northern India on Thursday, killing 12 children, police said. The van driver, who ignored a guard's signal to stop, also was killed. Another 12 children were injured in the crash and taken to a hospital in Kushinagar, a town 125 miles southeast of Lucknow, the capital of Uttar Pradesh state. Five of them were in critical condition, top police officer O.P. Singh said.

The children, all between 5 and 14 years of age, were on their way to school after the van had picked them up from several villages, he said.

A railroad guard posted at the ungated crossing signaled for the van to stop but the driver ignored the signal and crashed into the train, rail official Sanjay Yadav said.

Shocked parents and relatives of the children rushed to the accident site and the hospital after hearing the news of the crash.

Accidents are common on India's railroad network, one of the world's largest with 23 million people riding daily on about 11,000 passenger trains.

Crossings that lack gates to block traffic or are not guarded round-the-clock are common, especially in rural India, with poor financing often hindering efforts to improve safety.