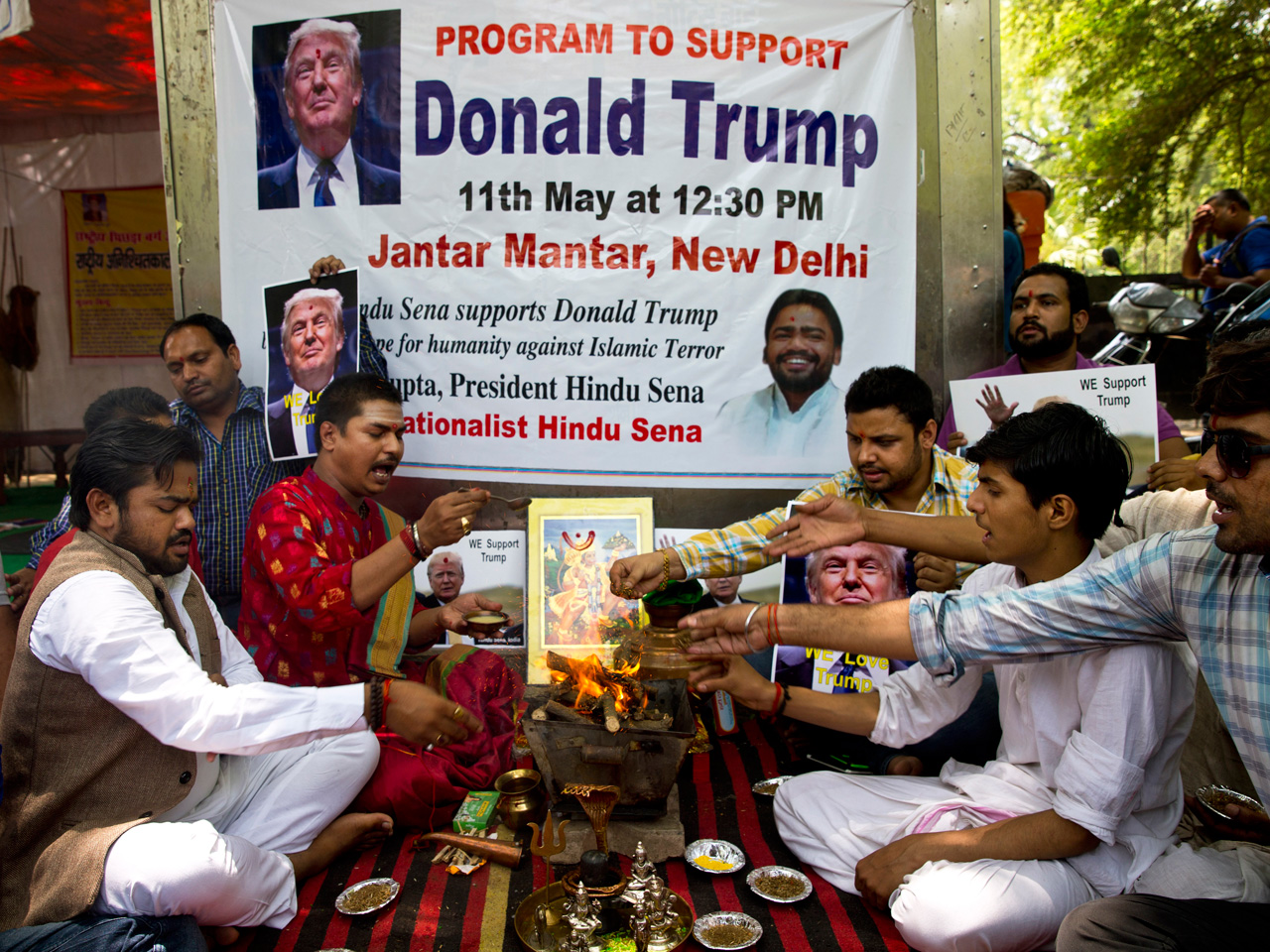 NEW DELHI - Donald Trump may find it tough to get Republican leaders behind his campaign, but he's got some faraway fans trying to get the gods on his side.

Around a dozen members of a right-wing Indian Hindu group lit a ritual fire and chanted mantras Wednesday asking the Hindu gods to help Trump win the U.S. presidential election.

While Trump has dominated the Republican primary race to decide the party's candidate for the November election, his calls for temporarily banning Muslims from America and cracking down on extremist groups abroad have earned him some fans in India.

"The whole world is screaming against Islamic terrorism, and even India is not safe from it," said Vishnu Gupta, founder of the Hindu Sena nationalist group. "Only Donald Trump can save humanity."

Members of the group gathered on a blanket spread out in a New Delhi protest park along with a collection of statues depicting gods including Shiva and Hanuman - as well as photos of a smiling Trump.

Above them hung a banner declaring support for Trump "because he is hope for humanity against Islamic terror."

The group chanted Sanskrit prayers asking the gods to favor Trump in the election, and threw offerings such as seeds, grass and ghee - or clarified butter - into a small ritual fire.