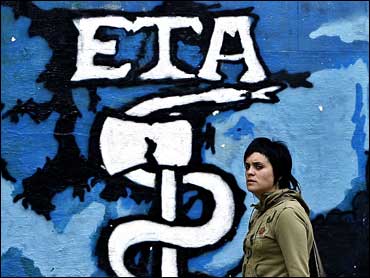 A Spanish judge on Monday accused Venezuela of collaborating with Basque separatist militants and Colombian rebels, and said the two groups plotted to assassinate Colombia's president.

Judge Eloy Velasco made the allegation Monday in a 26-page indictment in which he charged six members of the Basque group ETA, most of them exiled in Latin America, and seven members of the Colombian leftist rebel group FARC with a variety of crimes including terrorism and conspiracy to commit murder.

Velasco wrote that a Spanish probe launched in 2008 has turned up evidence "that demonstrates Venezuelan governmental cooperation in the illicit collaboration between FARC and ETA."

He identified a suspected ETA member, Arturo Cubillas Fontan, as a key figure in links between ETA and the FARC. The man lives in Venezuela, has held a job in the government of President Hugo Chavez and may still have one, the judge wrote.

Velasco said ETA and the FARC have been collaborating since 1993.

ETA members have received training or taught in FARC rebel camps, and FARC members have traveled to Spain to try to kill former Colombian president Andres Pastrana and the current president, Alvaro Uribe, with help from ETA, Velasco wrote.

FARC members in 2000 were monitoring Pastrana and the Colombian Embassy in the Spanish capital, the judge wrote.

One FARC member who came to Spain, Victor Ramon Vargas Salazar, told his superiors "it would not be difficult to attack these two targets, so long as (the FARC) got help from ETA," Velasco said.

Velasco did not say when an attack on Uribe was to have taken place. Uribe has traveled to Spain several times since taking power in 2002, most recently in April 2009.

His predecessor Pastrana lived in Madrid for a while after leaving office, and in 2003 ETA told the FARC it would not be hard to locate him, the judge said.

ETA, which is rooted in Marxist ideology, has been fighting since the late 1960s to create an independent Basque homeland in northern Spain and southwestern France. The FARC, or Revolutionary Armed Forces of Colombia, have been battling since 1964 to topple successive Colombian governments and establish a Marxist-style state.

Both are classified as terrorist organizations by the European Union and the United States.

The Spanish probe is based largely on e-mails that were in a computer used by a FARC leader named Raul Reyes, who died in a Colombian military raid on a FARC camp in Ecuador in March 2008.