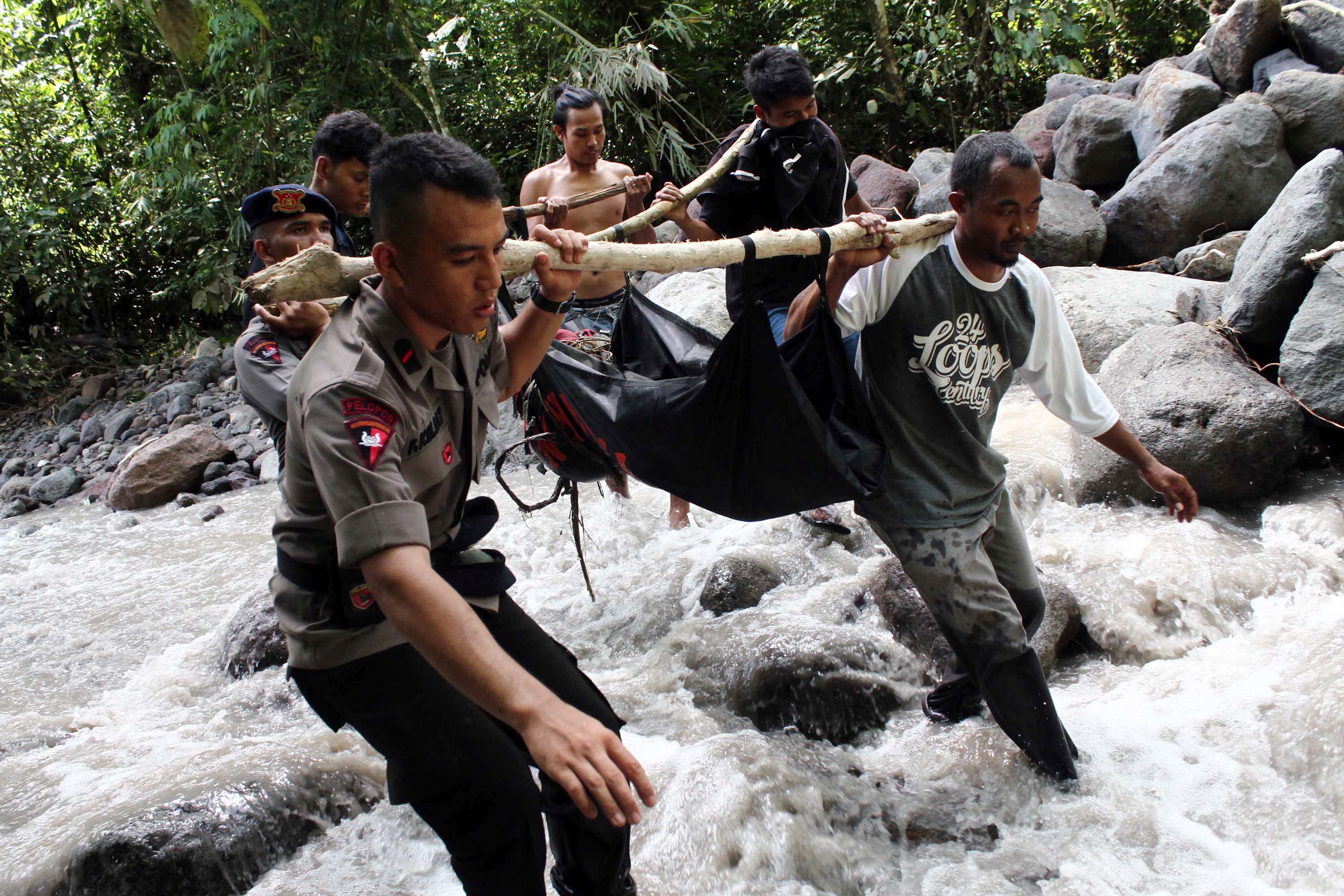 SIBOLANGIT, Indonesia -- Rescuers on Monday found the bodies of 17 people who were among 20 university students and two guides who went missing in rain-triggered floods and landslides at a popular waterfall in western Indonesia, an official said.

One student was found alive and was being treated at a hospital, said Darwin Surbakti, an official from the local Disaster Management Agency. The search for the four people still missing was to be resumed Tuesday.

"Rescuers have discovered 17 bodies, of which 14 have been recovered while three others are still under the rubble," Surbakti said.

The disaster occurred Sunday as more than 70 students were visiting the Dua Warna waterfall in Sibolangit in North Sumatra province.

Six bodies were found about 2 miles downstream from the waterfall, Surbakti said.

In Jakarta, Sutopo Purwo Nugroho, spokesman for the National Disaster Management Agency, said 300 rescuers including soldiers, police and teams from the National Search and Rescue Agency had been mobilized to search for the victims.

Seasonal rains often cause flooding and landslides in Indonesia, a chain of 17,000 islands where millions of people live in mountainous areas or flood-prone plains close to rivers.