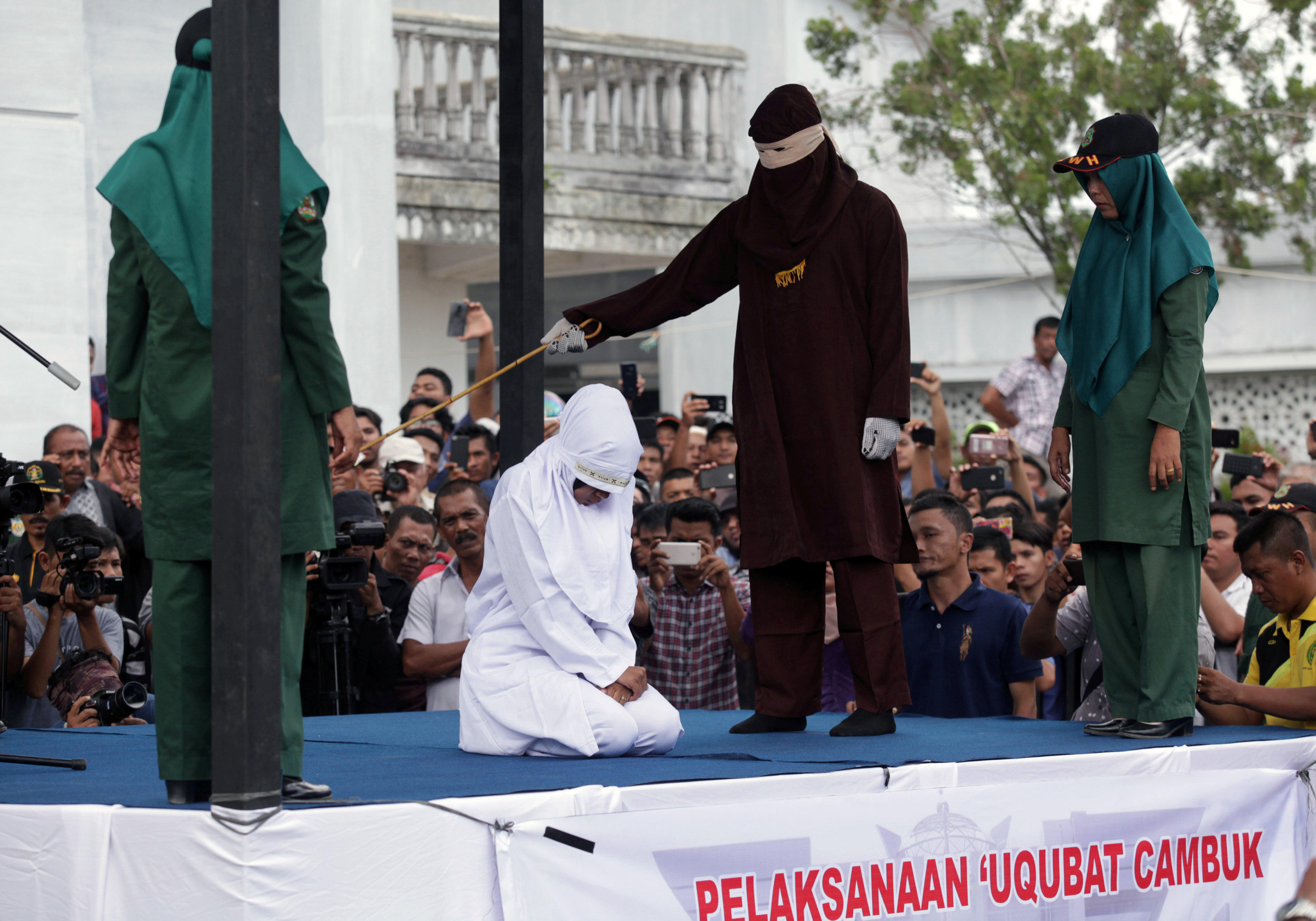 BANDA ACEH, Indonesia -- Indonesia's deeply conservative Aceh province on Friday caned several unmarried couples for showing affection in public and two women for prostitution before an enthusiastic audience of hundreds. The canings were possibly the last to be done before large crowds in Aceh after the province's governor announced earlier this month that the punishments would be moved indoors.

The caning last year of two men for gay sex before a baying mob drew international attention to Aceh's increasingly harsh implementation of Shariah law and a wave of condemnation.

The women accused of prostitution were caned 11 times each. One of the women held up her hand after the fifth lash, signaling the pain was too intense. She was given a drink and the strokes resumed despite her discomfort.

The crowd, which included tourists from Malaysia, cheered at each blow and many people held smartphones aloft to record the punishment.

The six young people accused of flirtatious behavior received between 11 and 22 strokes. Shariah police wanted to convict them of "zina," unlawful sexual intercourse that includes sex outside marriage and adultery. That would have resulted in a greater number of lashes, but police lacked enough witnesses.

Some residents of Aceh, the only province in Muslim-majority Indonesia to impose Shariah law, are opposed to having the canings performed inside prisons.  About a thousand people protested outside the Banda Aceh mayor's office on Thursday. They say hiding the canings will reduce the deterrent effect.

Historically, Aceh, located at the tip of the island of Sumatra, was the first region in the Indonesian archipelago to adopt Islam after contacts with Arab traders from as early as the 8th century. Its implementation of Shariah law was a concession made by the central government in 2001 as part of efforts to end a decades-long war for independence.

Human Rights Watch has dismissed the change to indoor whipping as cosmetic and called for Aceh to abolish caning and the laws that allow it. It says caning remains a form of torture whether it is done in public or not.